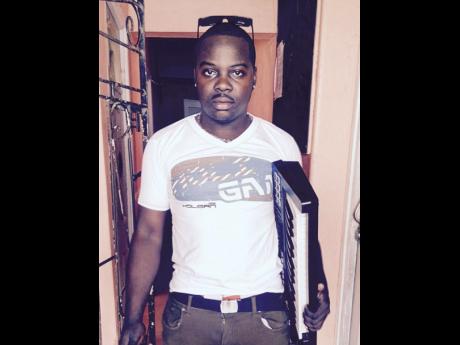 GuchyDon, real name Oshane Campbell, is aiming to join the long list of top class entertainers who have risen from Clarendon to grace the reggae and dancehall stage locally and internationally.

The young artiste has teamed with Riddimsky Records to produce what he describes as a hit single titled, Bruk Back, a song that also features Bladaf artiste, Raytid, from the True Gift camp.

Already, the song is in rotation on radio and garnering more fans each day.

Guchydon confessed that the link between himself and Riddimsky came about after a friend, Donna, shared some of his works with the label, via social media. Impressed by his versatility, the Riddimsky team instantly became interested in working with him.

With a name derived from the popular brand Gucci, GuchyDon has been in the music for over three years and had previously worked with Blackspyda Records in recording tracks such as Prayer, Whine Up and Real Friends.

"I believe that there's a driving force inside me that inspires me to do music," he explains.

Although born in the land of reggae, GuchyDon says he is not limited to any particular genre, however, his aim is to create inspirational, uplifting and fun dancehall music. This, he believes, will boost his reputation and increase his fan base.

Despite being a relatively unknown act in Jamaica, Guchydon has performed overseas, at the Barbados Reggae Festival 2015, and at several shows locally.

GuchyDon also has other singles such as Sex Gamble, a collab with Kalado, and Good Body Gal, with Aidonia, along with Pat Dat, for which a video is on YouTube.