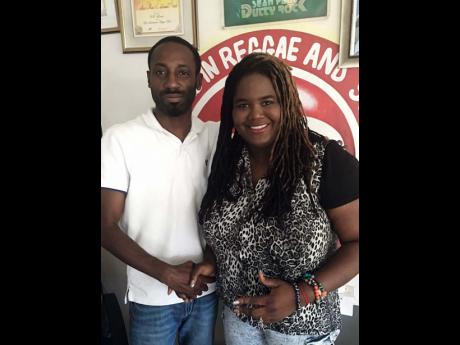 Safira Mono has signed a distribution deal with VPAL, an associate arm of VP Records, for her current hit single, 'Monitor', marking a huge step in the career of the Spanish Town-based artiste.

The breakthrough comes a year after Shockera 'Mono' Pinnock released her I Am Not A Toy EP and fulfilled a promise she had made to herself that 2016 would be her breakthrough year.

"The distribution deal with VPAL was signed two weeks ago in Kingston, the song will be released internationally on October 28," Mono told THE WEEKEND STAR.

Monitor was written by Mono and produced by Bad Flame Pinnacle and is a song that speaks to the youth and adults. "It seeks to uplift the youth and also the parents. The song calls upon parents to monitor the youths because they really need to be monitored by not just the parents, but by every responsible adult."

The singer's joy of having a breakthrough hit runs deep. Over the years, she has had to put up with several obstacles as she sought to chart her musical career.

"I've been trying for a while and had to put up with a lot of fight, especially because I'm a female," she shared. "A lot of people were saying I'm not marketable, but I feel good that they don't have the last talk. Now a lot of people are saying they can relate to the song."

The singer is working with producers Dre Zion and Quick Mix Records on her debut 10-track album, Just a Woman, to be released in 2017.