Charly B gets personal in new single 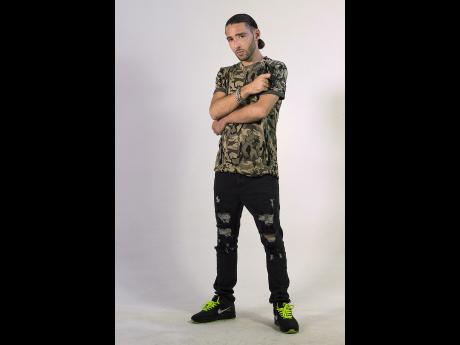 Following up on the success of his single, 'Prophecies Untold', an ode to his love for Jamaica and reggae music, French-born reggae artiste Charly B has taken his career to new heights with his new single, 'Nah Give Up'.

The single, produced by TMMG, carries the universal message that success can only be achieved through hard work, no matter how trying the times are. He said the song, which was made for a more international audience, is very personal.

"I wrote this song for my father (Daniel), who passed just the other day," said the entertainer, born Charles Blanvillain, while explaining that he had to choose between his career and visiting his ailing father.

"He was in a very difficult time, and me, too, because I wanted to go back to Europe, but I could not because I couldn't miss all those promotions. So Nah Give Up is dedicated to all the people who are going through some hard times in life."

The video for the song was shot in the Blue Mountains, where Charly B said he made some new acquaintances.

"Blue Mountain people are awesome. They are hard-working, humble people. It was like paradise," he said.

In the meantime, the song has been getting positive feedback on local radio and is beginning to gain traction overseas.

Looking ahead, Charly B told THE STAR that a tour is being planned for early next year to promote an upcoming album as he looks to propel his career.

"My album, Prophecies Untold, is due to be released in April, and the tour is being planned for summer," he said.

Charly B is also working on a new project, the Daydream rhythm, produced by TMMG. The rhythm will also feature songs from him, Ce'Cile and Richie Spice.