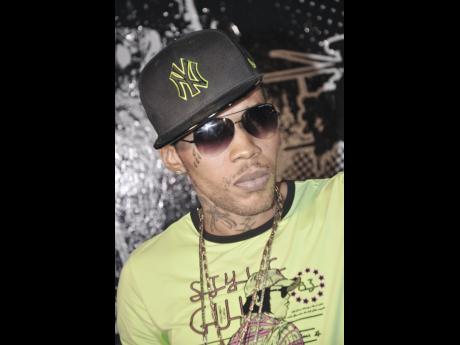 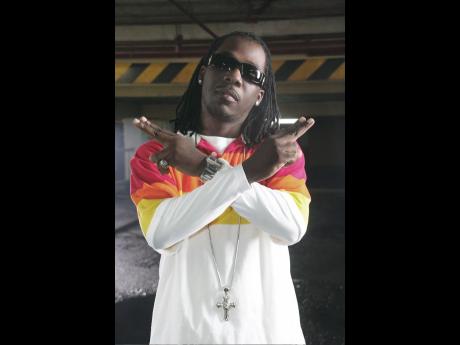 According to Flexx, who was being interviewed on Anthony Miller's Entertainment Report, it is unfair that Vybz Kartel still receives so much airplay when other hard-working recording artistes have struggled to get their music aired on local radio and even in the dancehall.

"I don't understand how a man fi deh a prison and have so much songs a play and people out there hustling everyday in the studio, writing good songs, and dem can't get them songs played," he said.

"So that shows that some mix up a gwaan and some biased business a gwaan. Dem always a talk and cow down people, but mi nuh care if dem waan cow me down. Mi a talk the truth. Realistically, if mi did lock up inna jail you wouldn't hear one song from mi."

Vybz Kartel's work continues to lead the pack in dancehall, as hits continue to surface with several producers suggesting that his new songs were recorded prior to his incarceration several years ago.

Further cementing his position on the matter, Flexx also pointed out that foreign artistes are not allowed to release songs from behind bars.

"Mi nah try stop a man food, but if a man is convicted of something, him fi pay the consequences of it. Mi nah fight against him, mi nuh hate Kartel, mi like him music. But over the years you see artistes go prison, all in America, Jah Rule, etc. and you don't hear one song from them," he said, adding that similar rules should apply to Jamaica.

But Flexx apparently angered MC Nuffy, who did not mince his words while speaking about the singer, even saying he was the worst member of T.O.K

"Inna T.O.K a Bay C and Craig dem like, nobody never like you. A gwaan like you a artiste. Go away, old idiot. Fool fool like, you badmind like. You know from dem call Addi name, mi a guh buss dem head. Flexx, you shoot your own self with a water gun, so you basically drowned yourself from you try go up against Vybz Kartel," Nuffy told THE STAR.

Popular YouTuber, So Flow TV, was also upset and said that Flexx is simply jealous of Vybz Kartel's dominance in the dancehall. He also said he hopes Vybz Kartel continues to make hits, and that he will eventually win his appeal and get a chance to support his family.

"Flexx is trying to do a solo thing so him run lef Jamaica. Listen boy, yuh kill yuh career before you start because right now nobody wants to hear from you. We don't support crab inna barrel mentality, and we don't want none of you crabs to make it to the top because you try to make it there by stepping on others," he said.

But Flexx is not backing down and he is sticking to his stance, noting that he merely answered a question put to him by the interviewer.

"Mi nah badmind nuh man, and mi nah fight no man, mi just a seh the music business need fi fix up and balance up because a nuff man out deh weh a get underplayed. Some a di selector not even a listen the song dem, he said.