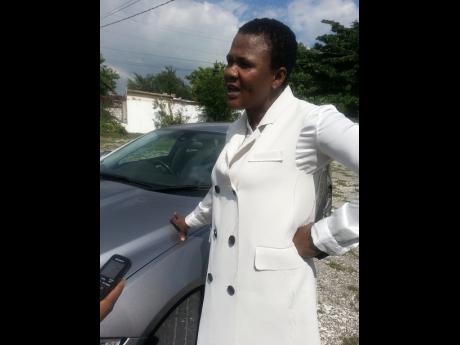 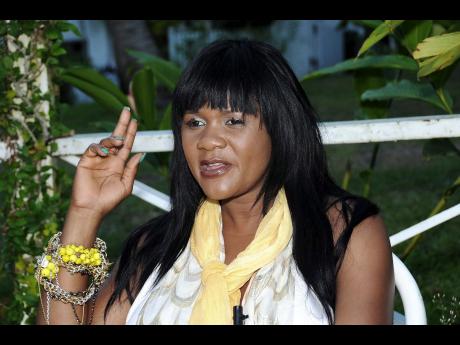 Minister Marion Hall, formerly Lady Saw, is on the brink of creating history as her debut gospel album, 'When God Speaks', is being considered for nomination for the 2016 Grammy Awards.

Hall, who was once considered the Queen of the Dancehall, told THE STAR that she would be very grateful if the album gets shortlisted for the award and ultimately secures the win.

"Just the fact that it is being considered to be nominated feels good. I had no idea that God was working in my favour like this," she said. "It would be wonderful to be nominated and to win another Grammy like that, but you know something, I'm a winner with Christ all the way. I've been winning since I gave my life to him. I'm the happiest that I've ever been, and I'm just loving the Lord. I see him doing so many things for me and he leaves me in awe everyday."

A humble Hall said she learnt of the consideration through her distribution label, VPAL, and was totally surprised by the news.

"If you listen to the song You're Worthy (song on the album), I don't have a lot of verses in it, but I opened my mouth and he (the Holy Spirit) just filled it, so I had no award in mind, none at all," she explained.

"I know the Lord said to me on the 14th of December, what I have planned for you is gonna be bigger than you. I don't know what it is. I'm just humbly waiting on him and I see a lot of things happening. When I was putting the album together, I had no idea, all I had was Jesus."

Although she is not using the stage name Lady Saw anymore, the entertainer remains the only female dancehall artiste to ever win a Grammy Award, and could be writing the pages of history again if her gospel album makes the shortlist for the 2017 Grammy Awards.

She is, however, more concerned with her ministry and winning souls for Christ rather than creating history.

"Just to be considered is amazing. I don't know what the outcome will be and I'd love to hear that as the next surprise. But I'm going out there to minister through songs and all things will come after," she said.

"I think it was put up for consideration because it is a powerful album. I remember when I did the first two songs or three, I felt like I had God's masterpiece in hand. And eye water just fell from my eyes the way God was directing me with the album, telling me what to do. This album is such a gift from God, and I'm so grateful for everything it's accomplishing. It's all on him. It's not even about me."

Hall shocked the entertainment fraternity in December last year after giving her life to Christ following the funeral of dancehall artiste J Capri. December 14 will mark one year since she left dancehall and decided to go gospel full time.