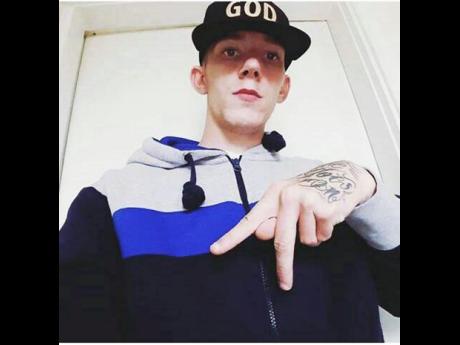 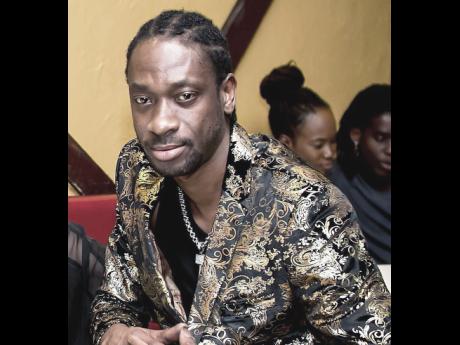 The lyrics in the freestyle also saw the England-born deejay tackling the controversial issue of skin bleaching, noting that he does not have to tamper with his skin tone since he was born white.

The freestyle video, which was premiered on Instagram, raked up thousands of views and was met with rave reviews from persons who were impressed with the non-Jamaican's lyrical skills, and his ability to speak patios with a near authentic accent.

Speaking with THE WEEKEND STAR yesterday X-Treme, who was making his way to BBC Radio for an interview, expressed that his life changed within minutes of going viral. He also revealed that he has only been to Jamaica once in his life.

"I grew up in England, but dancehall is in my blood. I have only been to Jamaica one time and have been deejaying for one year now, but the music inna mi from long time," he said.

The deejay also revealed that his overnight stardom was unexpected.

"Mi just voice it and mek the video release. Mi never expect it fi go viral, but it just tek the world by storm. Since it release, a nuff call mi start get for bookings and interviews," he said.

X-Treme also referred to legendary dancehall artiste Bounty Killer as his mentor. He also revealed that he is a member of Alliance Next Generation's UK arm, ANG-UK.

"ANG-UK is directly affiliated with Rodney (Bounty Killer). We represent the UK side and Rodney is family," his manager Shrimpy chimed in.

The deejay also highlighted that despite his quick rise to fame, his music is nothing to be taken lightly as he intends to embark on a professional career.

"I am the brand new face of dancehall, brand new talent. Something people neva see inna dem life. Fans should support because I am a genuine youth with good lyrics and the flow dem tight," he said confidently.

X-Treme also said he hopes to collaborate with Bounty Killer. Following the upload of the now viral freestyle video, X-Treme's Instagram page grew from 500 followers to 10,000 in two days.