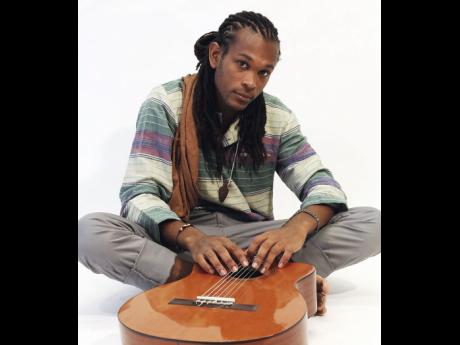 Reggae artiste ORiel is gearing up to release his debut album this year, and he hopes his single 'People Say' will build a momentum leading up to the project.

The album will be produced by Lloyd Willacy and Ludwig Grant under the Afar Music Group label.

ORiel is hopeful that the project will break barriers for reggae music, especially since the genre has been experiencing poor sales in recent times.

"Reggae music is selling and can still sell. It might not be the big numbers like the other genres, but even those genres have seen a drastic dip in record sales. That is why I think the sound in reggae music has to grow in order to reach a broader audience. My sound is reggae fusion. So, when you listen to my music, no matter where you are from, you will hear something that you can identify with," he told THE STAR.

The artiste, who released an EP titled Confidence before deciding to produce a full length album, also noted that creating EPs gives developing acts the ability to maximise the reach of their work without saturating the market.

"An EP project was our way of easing into the business of making and promoting music, it's kind of a less is more approach. However, this is my debut album. So, the completion of this record is an accomplishment in itself. But, with that said, the ultimate goal is to deliver a more diverse sound to a more diverse audience," he said.

The album will only be available digitally, however, the artiste did not rule out the possibility of a vinyl release.

"In promoting this album, we intend to release a few singles leading up to the actual release date. People Say is doing well, and we are currently putting together the team for the video," he said.