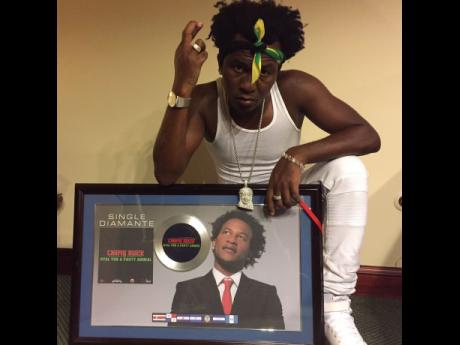 Charly Black with his diamond certification. 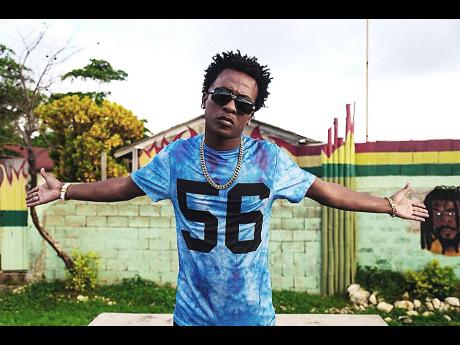 Dancehall artiste Charly Black continues his impressive musical journey with another incredible milestone, this time in the realm of online music streaming.

His Billboard-charting single Gyal You A Party Animal has smashed through the 100 million plays mark on Spotify.

This marks the first time that a dancehall record has achieved this momentous feat. Prior to this, only Bob Marley's Three Little Birds with 133 million, and Shaggy's pop effort It Wasn't Me with 130 million, had crossed the 100 million mark on the streaming platform.

Charly Black told THE STAR he was at a loss for words.

"I just give God thanks for all the blessings that he has bestowed on me," said Charly. "It's been an unbelievable journey, and it's a wonderful feeling to know that all the hard work I put in over the years has paid off. For a dancehall record to break the 100 million plays mark is incredible and to know that it is a Charly Black record that did it first leaves me speechless."

The success of Gyal You A Party Animal has been driven by a huge reception in the Latin American market as well as several spins on US radio stations.

The popularity of the single was also boosted by a partnership with Universal/Aftercluv records.

Charly Black recently released a Spanish version of the song, which features Daddy Yankee. That effort has already amassed over 50 million plays on Spotify.

Spotify is one of the world's biggest music streaming platform, with over 40 million subscribers.

The deejay/selector is currently on his first US coast-to-coast tour dubbed The Party Animal tour. He is also slated to make appearances at the prestigious South By South West (SXSW) music convention in Austin, Texas, next week, where he will be performing on Thursday at the Universal Music Latin showcase and at the Passport Experience showcase on Friday.