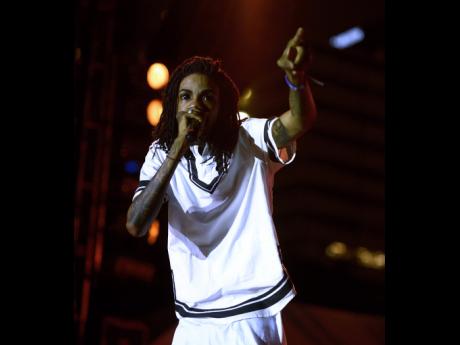 Veteran musician and producer Dwayne Cahban has finally revealed that he and his team at Cahban Records strategically studied and copied Vybz Kartel's artistry.

Cahban, who plays with the Ruff Kutt band and was also a teacher at Alkaline's former school, Ardenne High, revealed that he and his team studied Kartel's formula with the intention of trumping his dominance.

"I met Alkaline while being a teacher at Ardenne High in 2011. He was introduced to me by a female student as the most talented artiste in the school. We started doing some work together, I introduced him to Steve Locke from Truck Back, who thought very little of his talent. Next, we met with Clive Hunt, who recorded a song that was never released. One of the biggest blunders was a performance at the half-time break of the Ity and Fancy Cat show, where he was laughed at by the audience for his high squeaky voice. With all the failures along the way, he kept going with the support of my small team," he said.

Following Alkaline's rise to fame, he severed ties with Cahban Records and went on to employ his sisters in managerial positions. Cahban, who did not benefit from the success, said he was unable to bide the deejay to a contract.

"We never invested much in him financially at the time because he was too young to legally sign a contract," he said.

The producer also admitted that he and Alkaline strategically copied Vybz Kartel in an attempt to tap into his core audience.

"We planned in 2012 and executed in 2013. The aim was to outdo Vybz Kartel. He (Alkaline) won't say it, which is good business practice, but it's a fact. He was so hell-bent on outdoing Vybz Kartel that he literally knows the lyrics to every song. He watched every single interview and befriend every associate he could salvage information out of about Kartel's lifestyle and how he got things done," he said, pointing out that Alkaline's decision to work with Kartel's producers Notnice and Miller Nine was no coincidence.

He also said the fake eye-tattoo and other shock-value techniques were deliberately employed to give Jamaicans something to talk about.

"Once you get certain people to discuss you as an artiste, it's sure publicity," he said.

The producer also noted that his decision to be honest with the public was coming from a good place. He also advised up-and-coming talents to "Brand yourself, be easily identified in a crowd of voices and looks. There are three phases that you must do well to have good standing careers - produce great songs, register them properly, and market it for as long as possible. Don't waste your production, market it for months to different people and places even if radio don't play it," he said.

The STAR contacted Alkaline's manager Kereen Beckford for comment. She, however, declined to give a statement.