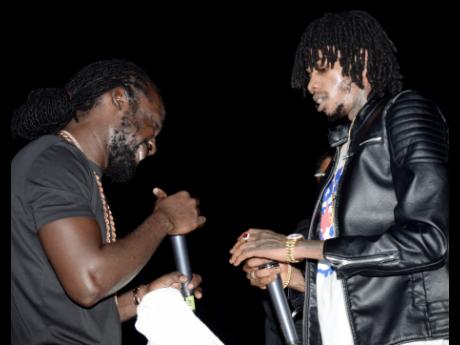 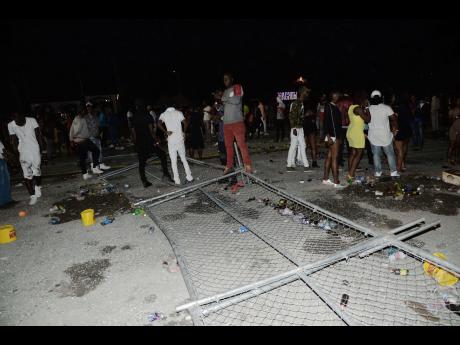 This fence was broken down following a stampede at Magnum New Rules. 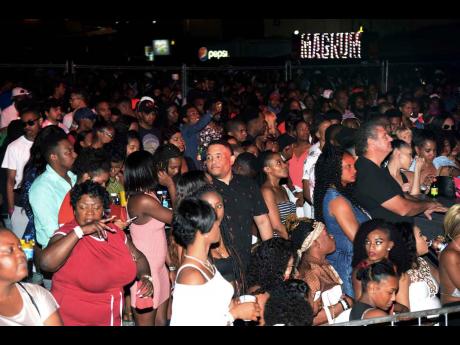 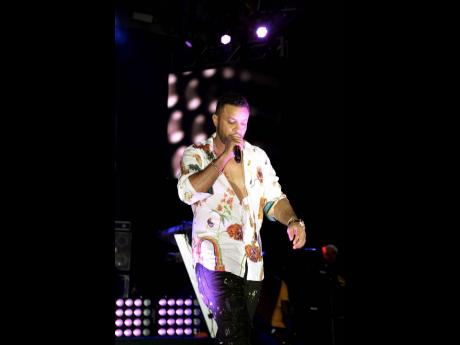 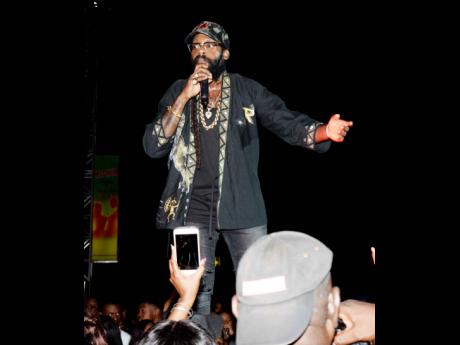 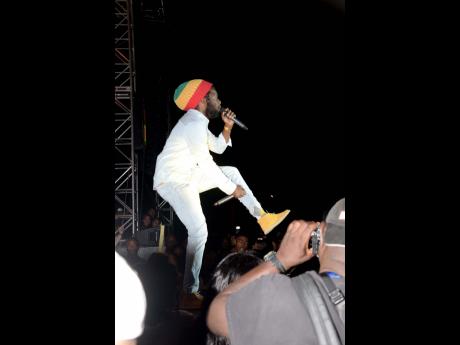 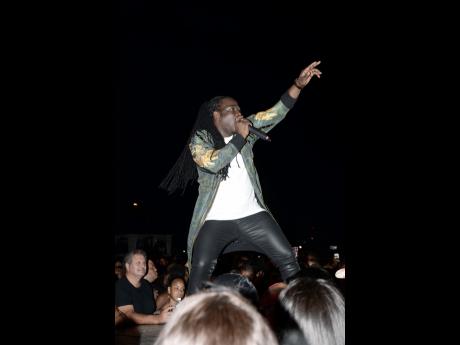 It was pandemonium at the National Stadium car park on Saturday night as rowdy patrons broke down barriers and bombarded the stage area, causing a massive stampede inside the venue.

It was the first time in three years that Alkaline, the main act of the night, was performing on home soil, and so it was expected that the event would pull a huge crowd.

However, with tickets costing as low as $1,000 (for college students) and $1,500 (regular presold), there was an overwhelming support for the show, and it pulled an even larger crowd than was expected.

So massive was the turnout that security personnel hired to man the grounds and assist with crowd control, became overwhelmed as the night progressed. Things escalated quickly as the barriers separating the general admissions from the VIP/backstage area were breached.

The hired help could no longer control overzealous fans, who made their way towards the stage, delaying action on stage for nearly 10 minutes. Appeals from several of the night's emcees for patrons to clear the stage area were futile as patrons were bent on getting as close to 'the man himself' as possible. Some patrons put their acrobatic skills to the test as they jumped over what was left of the protective barriers to climb on to the erected scaffolds close to the stage.

Even the man of the moment was not spared the antics from the audience. Alkaline's security detail had to form a human shield around him in order to get him on stage to perform.

As soon as he was onstage, the crowd erupted in loud cheers, and again, patrons pushed closer. Soon, there were screams coming from a section of the crowd and persons were seen running towards the nearest exit as a stampede ensued.

There were reports of shots being fired at the venue. Those reports have not been corroborated by law enforcers. When contacted, the Stadium police said that they only received reports of lost or stolen items.

When The STAR contacted Alkaline's management team for a comment on the situation that ensued at Saturday's events, his manager and sister, Kereena Beckford, said for the most part, the show was a success. She denied any loopholes in the organiser's security measures, saying that there was adequate security in place and that the team managed to keep the stampede situation from escalating any further than it did.

"For an event that size, we must be prepared for unforeseen circumstances, and we were. The officers quickly controlled the situation, and we want to say thank you to all our supporters," she said.

Despite all that was transpiring around him, the man of the moment held his composure, displayed a new level of professionalism, and managed to deliver a full set.