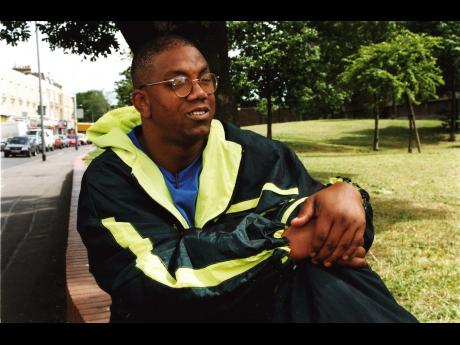 Reggae crooner Frankie Paul is dead. The singer passed away Thursday night at the University Hospital of the West Indies (UHWI), where he has been a patient since April.

Frankie Paul, whose given name is Paul Blake was born in 1965.

Dubbed the Jamaican Stevie Wonder, Frankie Paul was blind at birth but gained a small visual capacity following an eye operation on an hospital ship.

Frankie Paul made his first recording, "African Princess," in 1980, when he was still just 15 years old.

On Monday, The Gleaner reported that Franke Paul's hospital bill had climbed to $1.4 million. At the time, his sister, Tisha Clarke, said that prognosis for the reggae performer does not look promising.

"He's not doing well. His state is really bad," she told The Gleaner.

This morning, Clarke said she got a phone call about 11:55 last night from the hospital informing her that her brother had passed.

“I went to the hospital and identified his body. Right now I am feeling weak, I am not holding up properly,” she said.

As news of Frankie Paul's death emerged, David Rodigan‏, writing on Twitter, said "His incomparable voice and songs are his legacy."