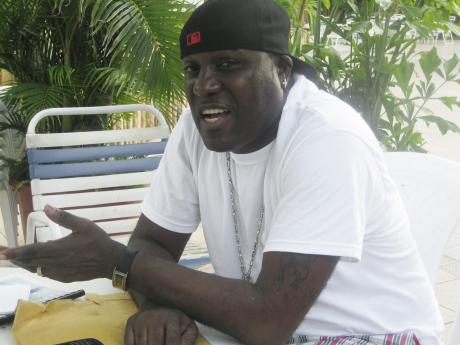 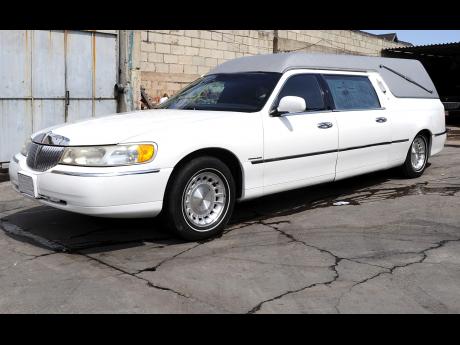 Dancehall promoter-manager Stampede has defended his decision to use a commercial hearse to promote dancehall music.

Critics online have regarded the practice as being tacky, however, Stampede says that he is by no means disrespecting the dead.

The aggressive promoter, who uploaded a video to his social media page, showing a fully decorated hearse with some huge speakers, blaring some new dancehall songs, bragged on the video that he was promoting his artistes by any means necessary.

"When you have nine night these days it is like dancehall. All when the person dem a Christian, once is a young person dem turn up for a dancehall celebration vibe. People don't bawl at funerals again because this is not like the '70s and '80s and the hearse dem string up wid sound system," he said.

Stampede said gone are the days when funerals were about vintage gospel music.

"You nuh hear gospel music inna hearse unless is a pastor dead, so I use it to promote my songs. When I promote dancehall music at a funeral, nothing nuh wrong wid that. It is just being creative. If the dead person did love dancehall, then it is not a disrespect. When a man dead nowadays dem put him picture pan shirt like it is a celebration, just like when you are promoting a dancehall party," he said.

As for critics of his style of promotion, Stampede said that it's just business as he gets paid to promote music.

"I just contact the man dem who drive the hot hearse dem and give dem the songs. Some people nuh like the idea but different strokes for different folks. Dancehall is a fashion and people feel like when you add dancehall music to the mix, the funeral will be hype and trendy," Stampede said.

THE STAR spoke with Roger Green, who has been driving hearses for more than a decade. He said nobody wants their dead in a 'dead' hearse.

"We used to use steel horns one time but people a ask for different types of music. Young people love the party type of music, so we give them that. Nuff people nah give your hearse no work if it don't have music. Some of the young youth dem in the hearse business take it out of proportion and play dirty music, but I don't do that. I keep up the standard like Stone Love and Metromedia," he said.

While stating that it was the first time he was hearing of the practice, Joseph Cornwall, the managing director-CEO of House of Tranquillity Funeral Home, is of the view that sombre religious music should be the music played in hearses.

"I believe death is a solemn occasion and it should be treated as such. The commercialisation of it, I certainly wouldn't support it," he told THE STAR.

However, Cornwall said that there could be an exception if the deceased was a recording artiste or a musician. That is okay, but the playing of dancehall music from hearses shouldn't be an every day thing.

And when secular music is played, Cornwall wants the drivers to be mindful of other mourners.

"You wouldn't want to be playing music that is secular at a graveside disturbing other mourners at the cemetery," he said.