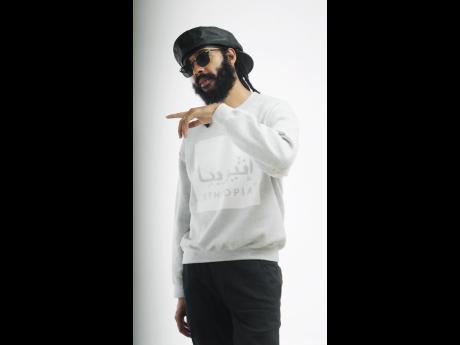 Reggae artiste's Protoje says he is not upset that politicians have sought to use one of his songs to advance their message. Blood Money, a song which speaks about tainted funds being used by corrupt persons to carryout businesses and pay for lavish lifestyles, was played at a recent People's National Party (PNP) conference.

"It’s always a good thing. There's going to be in everything, good and bad — in music and in politics," Protoje told THE STAR. The Indiggnation leader said that he accepts that his songs will be used at party meetings. “Once I make music and put it out there, it’s for the general public, and they [politicians] are part of it, but I’m not keen on the wagonist nature."

"It's funny because it’s the same public I’m talking to. I’m assuming the people playing the song, are saying they’re on the other side, which isn’t accurate," Protoje told THE STAR.

In Blood Money, Protoje says that "Nuff drug money deh yah Cherry Garden" and that "nuff politician takin' donation" from criminals. He said those persons will "never see a station
Never see a cell, not even a courthouse; But every Sunday we see deh take him boat out north coast resort and car dealership".

The young reggae star has since followed up Blood Money with another socially-charged single called Truth and Rights, featuring Mortimer.

The Who Knows singer believes that it was the direct and 'in your face' lyrics of Blood Money that have given him more attention these days, and it only appears that he has grown more political.

"I wouldn’t say my music has turned to that because there are songs like Kingston Be Wise and Sudden Flight (featuring Sevana). Right now the world is in a whole different space, where people are more aware of these types of things. So I guess there's definitely a change to be more direct with what I'm saying,'' he said.

Beyond this expansion into the international arena, Protoje has been acting as supplementary management for rising singer-songwriters Sevana and Lila Ike.

"I always wanted to do production and work with younger artistes and now I have a platform to get them attention."

"They came on tour with me in the UK because I get more airplay and more known globally, I have to do what I can to promote our talents here. It's difficult for women in this industry, and I'm passionate about getting their voices out there, so that the industry can be more balance with feminine energy," Protoje said.