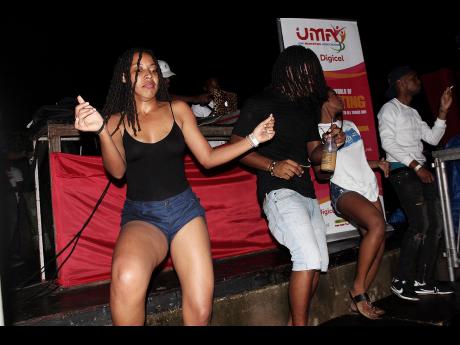 Patrons jump on the stage to get on bad at College Cooler Fete on Saturday. 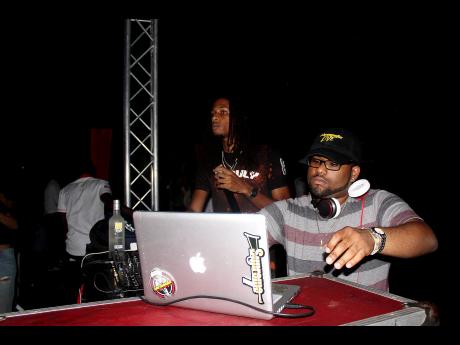 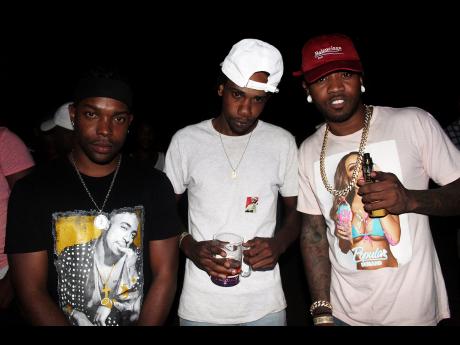 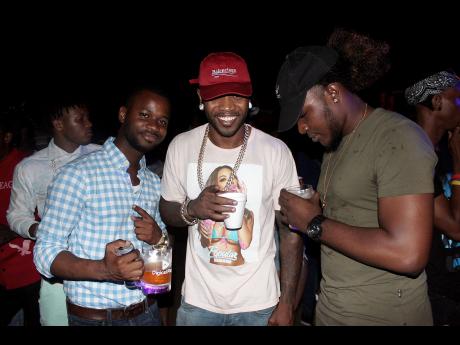 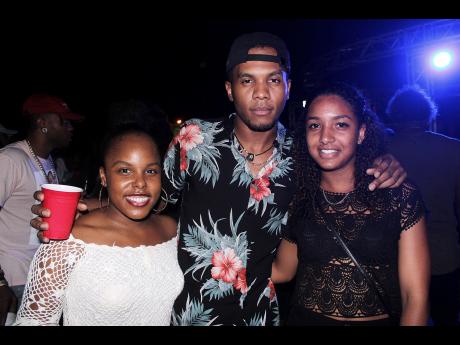 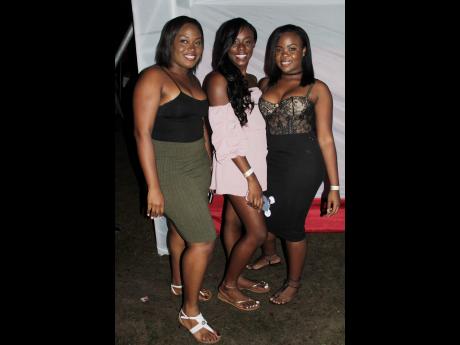 The University of the West Indies (UWI) Mona Bowl’s sandpit was the place and 11/11 was the date for the UWI Marketing Association (UMA) third staging of College Cooler Fete. Parking was available, the entrance was well lit and the general set-up of the sandpit was acceptable, with easy access from the food tents to the bar.

Bloodline warmed up the venue for the soca junkies, then Darkcide took over. At that point, the vibe mellowed out.

It was obvious that the campus supported the UMA’s goal, to raise money for marketing grants to give students of UWI, as the venue was already filled out from start time, with anxious party-goers lugging their stuffed coolers. Persons took the cooler theme seriously and one could say three time’s the charm, as the crowd seemed the largest of all the stagings.

“Despite the weather, it was a good turnout and we are pleased with its growth with each staging. It is all the more satisfying because it’s a party for a cause and, with the help of sponsors Wata, Coco-Cola, Schweppes and Exclusive, and number of supporters, each time, we are able to give proceeds to deserving students,” said Ashley Hinds, president of UMA.

The bar also made a killing. Although it was a cooler fete, it was flooded with patrons purchasing cups of ice and bottles of Exclusiv. However, a few persons voiced disappointment that no beers were available, which had been announced a day before the event as a warning to pack coolers with favourites.

Energy was sustained at the medium to low range with various groups of friends huddled, sharing drinks, snapping pictures and chatting. Patrons anticipated the segment of hits expected from Chromatic Sound, but were let down with a period of no music from 12:45 a.m. to approximately 1:15 a.m., which left dancehall disc jockeys, Ariez and Heavy D to entertain with a few corny jokes and service announcements. It got to a moment where persons began using coolers to drum a beat.

The delay resulted in Chromatic spending an extended time around the console spinning party hits like Cardi B’s Bodak Yellow and Alkaline’s Spoil You, to the satisfaction of the female patrons. By the time DJ Laing D and Spugy took control of the music at 2 a.m., the vibe was already winding down.