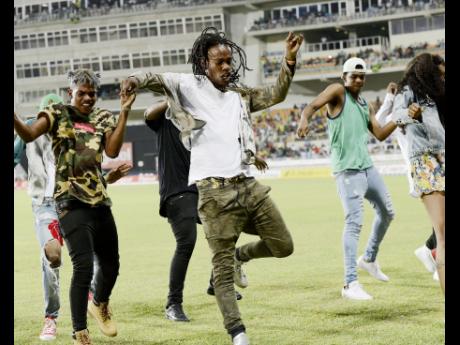 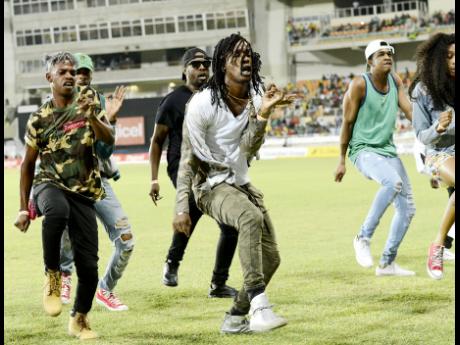 Kool Ravers said the Prime Minister's Award has put him on the map.
1
2

His creation of the 'Fling' dance is a nationwide sensation.

"A street dancer achieve an award like that? It's a good feeling. This shows you how the dance is big. It's climbed its way into many souls. Many more nominees put in a lot of work, and to be one of the winners out of many, I have to take a deep breath. Dah award yah put me on the map," he told THE WEEKEND STAR.

He said with everything happening right now "... dancing a the only likkle thing tek you outta dah meds deh, just fi free up wi mind and enjoy wiself."

"Just true mi know how most upper class people look at society, I never know the work would be acknowledged," he said.

The prime minister himself took to social media, offering a further nod of respect to the dancer and his crew, signing a recent tweet with the adopted nickname, 'Andrew Ravers'.

"It's all been congratulations and more support. Support a di fuel for excellence. Everybody who have accomplishment must have some kind of support from somewhere," he said.

Fellow awardee Chronixx has utilised the dance move during live performances of his hit song, 'Likes'.

The Ravers Clavers crew has since released an official music video for the song.

"I'm not the type to seek recognition, but to be on the same platform as Chronixx, major good feeling. The time when wi do the whole fling yuh shoulder video we decided we need to song to express how we feel," he said.

Kool Ravers noted they plenty of obstacles and worked hard without getting any recognition or respect.

"When we hear ['Likes'], we thought this song could answer all our questions," he said. "Success over hype; do it for the love, not for like. The song come into our circle and we fling wi shoulder pon it and it mek one, Jah know. Yuh see seh God just seh it supposed to happen. Once you do it from yuh heart, it can get yuh all over the world."

For the coming year, Kool Ravers said he intends to do even better.

"Anybody who win an award should try back again. It shouldn't be a one shot thing. Even so, it's from wi heart. This is not something we do for achievement or recognition, and it actually get wi somewhere," he said. "Just get positive, do it for the same love from the start, put God in it and see where it get wi. I'm just super grateful, going to remain calm and approach (life) one step at time. Nuh rush. I'm just being me, being kool."