Richie Spice to release 'The Album' 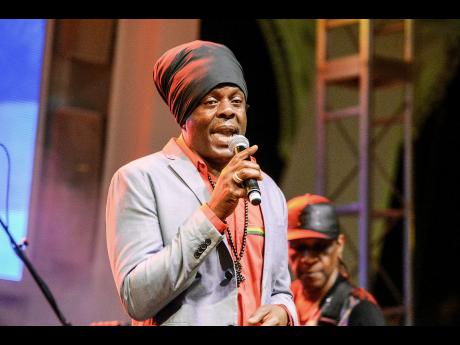 Cultural reggae singer Richie Spice is gearing up to release 'The Album'. Consisting of 15 tracks, 'The Album' will feature collaborations with Dre Island and Chronixx.

"This album will showcase me in a new light. My writing skills are more advanced and even my vocals are more developed. The topic of each track varies, and I really think it will resonate well with the fans," he said. It is a good product and the fans are asking for it," he said.

The singer gave THE WEEKEND STAR a synopsis of the album's message.

"It is all about life, the justice system, the words of Emperor Selassie I, the words of Marcus Garvey, the type of words that people are

supposed to be listening to, abiding and living by," he said.

"We also have songs for the ladies, so it's a variety of music combined and packaged for the album," he added.

Included in the track listings are Murderer, Sunny Day, and Where There's A Will. It also features production work from Steven Stanley, Jah Snocone, and Clive Hunt.

The Album, which will be Richie Spice's seventh album, will officially be released in February.