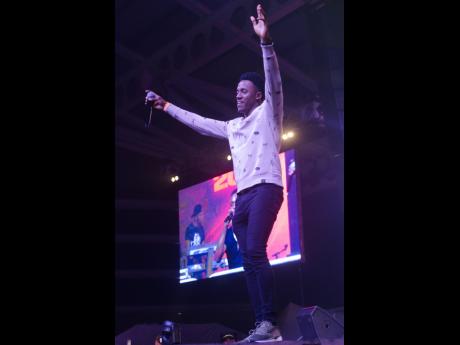 Former Digicel Rising Stars winner Romain Virgo and US-based ADN are two of the acts who are featured. Virgo contributes the song Plans, while ADN makes an impression with Risk It All.

"I always wanted to write a song on this topic because in the past I used to find myself in similar situations like what the song is talking about. The Caramel Ice Cream rhythm had the right mood, and it was perfect for bringing across the right emotions that I wanted to get out," Virgo said.

Virgo explained that he always wanted to work with Tony Kelly and this was the perfect opportunity.

"I went to Tony Kelly to do a collaboration with Agent Sasco, and he played the rhythm for me, and I took it and returned a few days after with the song Plans. Both Tony and myself, we work out at the same gym and I've always wanted to work with him, so it happened in the perfect way," he said, noting that the feedback for the song has been good.

For the California-based Adien Lewis, aka ADN, he got involved with the project through Kelly and Grammy-nominated Billboard chart-topping A&R Rodney Hill.

"They reached out to my constant collaborator Curtis Richardson for us to compose, and for me to sing on the project. I wrote Risk It All with Curtis. It's a song about giving your all to someone you care for. It's a romantic record like the songs of yesteryear. We wanted a retro but progressive vibe, so the melodies were laid-back with a hint of slow wine vibes," he said.

For ADN, whose musical style ranges from rhythm and blues to hip hop and electronic music, this is his first time working with a Jamaican producer.

"The project was very exciting for me because this type of music is like a journey into uncharted territory for me," he said.