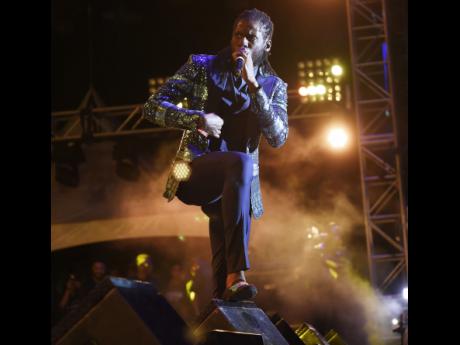 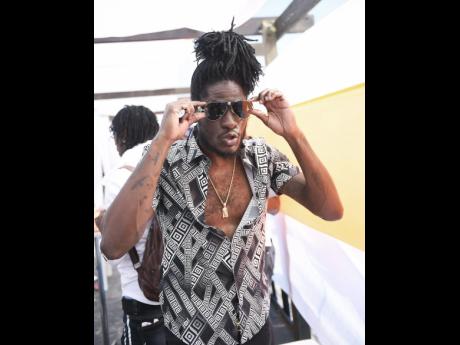 Last summer, Aidonia's track, 'Yeah Yeah', was on the lips of partygoers and its success continued throughout the year and bounced into 2018 with a bang.

The song has played its part in the singjay getting a nomination at the MOBO Award and another two nods at the upcoming IRAWMA Awards.

The song's success even caught the attention of Corporate Jamaica, as J Wray and Nephew re-edited the track for the spirits company's Rumpari promotional campaign.

Speaking with THE STAR yesterday, Brand PR Manager for J Wray and Nephew, Alison Moss-Solomon, said the re-edited version of Yeah Yeah has been a success for both brands Campari and Wray and Nephew Rum.

"Persons are now thinking Rumpari is a brand. The campaign has been really successful for both brands and for Aidonia as well because he has also benefited as the partnership has extended the life of the song," she said.

Similar sentiments were echoed by Aidonia, who said the song and campaign have created a lot of new opportunities for him and the 4th Genna Music brand.

"It is definitely a career booster because the campaign through radio rotations bring increased presence to the song. It's important to remember that whatever we plant in our subconscious mind and nourish with repetition and emotion, one day will become a reality," he said.

He further stated that it is extremely important for entertainers to join forces with Corporate Jamaica as it can lead to, not only a career growth, but growth for the country as well.

"Corporate companies are the backbone of any country's economy. Artistes, through their work, help to shape the fabric of society, so if we can collectively pool our efforts for something positive, then it can only lead to growth for both brands and the country," he said.

Reflecting on the past year, Aidonia said he is extremely grateful for all the commercial success. The year saw the entertainer taking the lead as one of the front-runner in the dancehall industry and topped the charts with other singles like Breeze and Hot Tool.

"Last year was a tremendous year for me and one of the best since the start of my career. It represented an increased fan base and my music reaching several platforms that were considered far-fetched in previous years. Right now, I am looking to do more work in 2018, focus on the album, and expand brand Aidonia," he said.

The 4th Genna Boss also made an impressive debut at the highly publicised Shaggy and Friends concert on Saturday, and is looking forward to several shows in sections of the United States, Europe, and the Caribbean