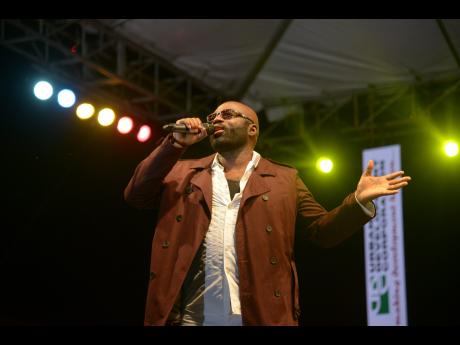 Richie Stephens says Jamaicans should be glad that its music is being picked up in other parts of the world. He said that the failure of locals to take note of the changes on the international scene could see many being left behind.

"I am not into the argument of people taking away our music," he said. "We should be happy and overjoyed that so many people, non-Jamaican people, are interested in our music so much that they become reggae artistes and/or reggae promoters," he added.

The reggae producer/singer recently returned from Canada, one of the countries where the music genre has grown to have a strong following. Stephens told THE STAR that he travels to Canada every year, sometimes twice for a year, having been in that market for over 25 years.

Reggae music has been acknowledged to have a strong influence on international recording artistes and it is not uncommon for local entertainers like Richie Stephens to perform on the stages or collaborate on productions with persons in the music industry in Canada. Many of who are nominated yearly for the popular Juno Awards in Canada.

The nominees for the upcoming Juno Awards, which takes place on March 25, were announced in February, and over the past seven years Jamaicans have dominated the nomination list. Manchester-born reggae musician Exco Levi won the award from 2012-2015 and again in 2017.

The five recording artistes nominated in the category of Reggae Recording Artiste of the Year for 2018 are of Jamaican heritage. They include Clarendon-born Ammoye, for her single, The Light, coming off the album that has the same name. The album features collaborations with local producers Sly Dunbar, Mikey Bennett and Donovan Germain.

Richie Stephens said Canada's Juno Awards is yet another indication that non-Jamaicans are prepared to take reggae seriously.

"We have to wake up and understand that we are not the only people doing reggae, there is competition," he said.

"Jamaican recording artistes need to be more cooperative and it is for many reasons that we need to learn to deal with promoters or they will find other artistes who are not Jamaicans but are more popular than us in that market," Stephens reasoned.

According to Stephens, the local industry should be blamed for not doing the best with dancehall and reggae music.

"I am not sure if we are treating the music the way we should, or doing what we should to sustain our music," he said.