Dancehall fashion should stand out - Biggy 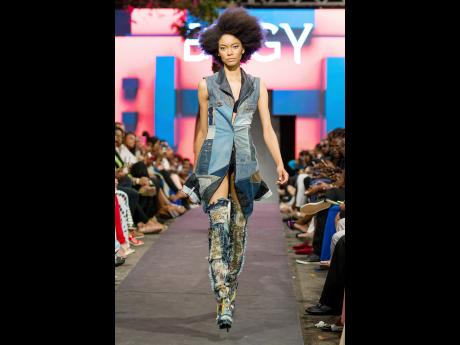 This model walks the runway in a denim outfit from Biggy. 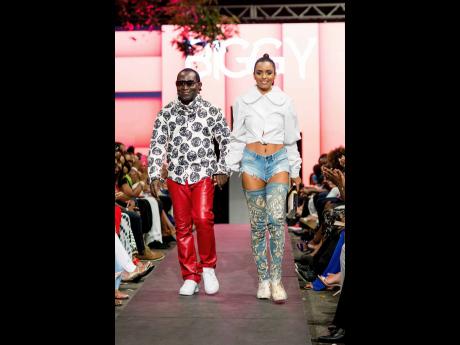 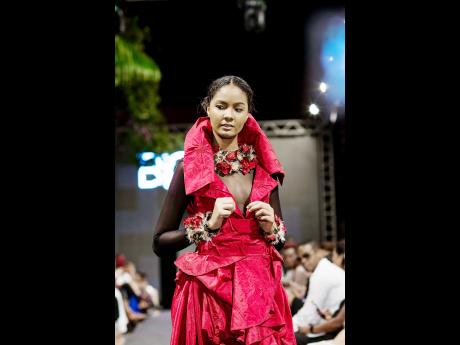 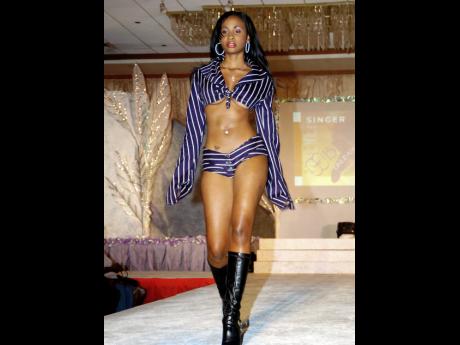 Dancehall's dynamism has introduced dance moves, lyrical lingoes and created images for some of the imageless.

"When a dancehall girl walk in, everybody head turn. That is the power of dancehall," Earl 'Biggy' Turner told THE STAR.

The designer said that dancehall fashion back in the day was made to have both an image and personality of its own. However, nowadays, it takes a different form.

"There has been a difference in the fashion, and that is in specific images. What many are doing is mimicking the international dress code. Them wear tight pants and hooded jackets is more of a Kanye West type of fashion," Biggy said.

He continued: "The fashion we are seeing is not synonymous with our culture. If you doing a specific dance, and dress that [hip hop] way, it still gets branded as dancehall."

The designer explained that in the past, especially in the '90s, females in dancehall wore bright, neon-coloured hairstyles and fingernail designs, while the outfits had to be created specifically for them.

"Not just the China-made, off-the-shelf fashion," Biggy said, while encouraging the new dancehall generation to add a little creativity to the store-bought outfits.

This view comes as no surprise because Biggy prides himself in being able to draw attention with his designs. And this is something that was achieved when he did designs for Jamaican entertainers like Toots Hibbert, Lady Saw, Spice, Wayne Marshall, Buju Banton, Beenie Man and Ce'Cile. These reggae and dancehall artistes would always grab attention onstage with their over-the-top or raunchy outfits.

However, in recent times Biggy's designs are geared towards the corporate market while still maintaining a dancehall personality.

And although some persons in dancehall have been looking elsewhere for their fashion, Biggy said Japanese dancehall lovers have been carrying the torch.

"We have people looking very good same way, but the fashion is missing the elements. Look how the Japanese carry themselves when them go dancehall parties," Biggy said.

According to the designer, the Japanese dancehall fans are doing more with the old-school dancehall type of dressing that includes the fishnets, crop tops and metallic dresses.

"Dancehall fashion has to show skin and be sexier. Anyhow you want to call it, the fashion has a job that it does," he said.