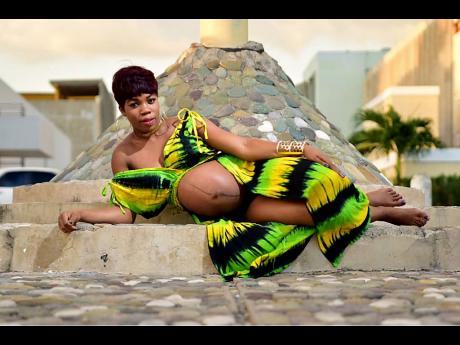 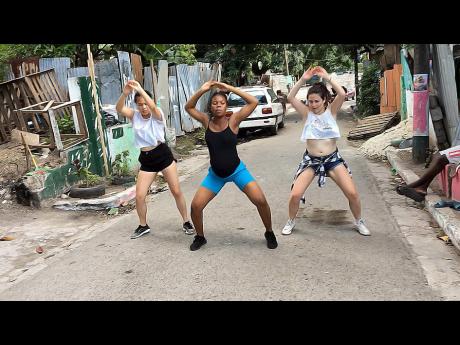 Dressed in leggings and a sports top that shows off her pregnancy belly, Shamara 'Mara Jackhammer' Sullivan performs a dance coordinated by her and her other half, Jermie 'Bulbi Smashing Skankaz' Thomas.

She wines, dabs, twerks, and does a few salsa-style moves just before jumping onto him. He appears frightened, but she says, "Even though I am cautious, I feel normal dancing with my belly."

"When you love what you have, you have everything you need; nine months pregnant and dancing with my baby daddy, there is nothing fake about this love," she wrote in the Instagram post of the video.

It could have been her 'Afro-motion' dance move or her belly that caught the attention of followers; one post gained over 10,000 views.

But she says that many females have asked her to coach them throughout her pregnancy.

She said that she has been dancing for many years but joined the all-female Jackhammer dance group from which she adopted her stage name in 2013. "I am known for the aggressive and energetic style of dance in the group," she said.

Triple X, dancer and supervisor at Brownstone Marketing and Entertainment Management Limited, gave the group a start doing promotional dancing for corporate Jamaica in 2014, and, the following year, they made their debut on the World Reggae Dance Championships stage.

"The group is separated at the moment," she said. "But the members will create steps together (wherever they are), show each other, and teach persons who show interest [having] classes with them."

A few of the women have migrated to take on dancing careers overseas, but Mara Jackhammer has plans to let the name gain greater recognition here by teaching persons about the local culture and music.

"That is one of the main opportunities that dancing gave to me. I had to be willing to learn so I could know how to teach and interact with other dancers, especially international dancers who come to acquire knowledge and understand dancehall," she said.

She has astonishingly taught dance throughout her pregnancy and intends to continue after giving birth.

"I will allow my body to heal for about four months before returning to dance and to my work with Romeich Entertainment and as a Boom diva," she continued. "The baby already loves music. I don't want anything to go wrong with my child, but, at the same time, I have to be active."

She also hopes that her baby will inherit her dance skills.

Mara Jackhammer says that dancing is not only exercise, but relaxaton for her mind, body, and soul, especially since she can do it with her dance partner, who is also her life partner.

"I think once a pregnant woman's body can endure it, then she should dance throughout her pregnancy."