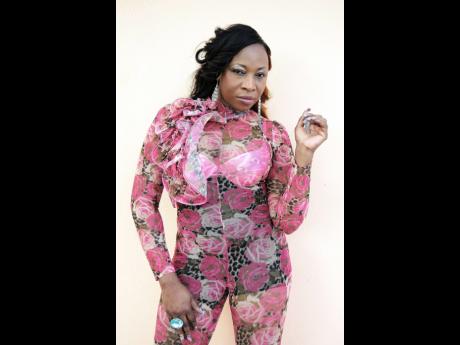 International artiste Macka Diamond recently performed for the first time in Curacao, marking another major achievement in her career.

The deejay's performance was well-received at club Fabulous in Curacao. She took the stage at 4 a.m. and delivered a string of hardcore hits while the crowd sings along.

She performed songs such as Bun Him, Dye Dye, Wine and Dip and her number one hit song in Curacao titled Play Tune.

The song currently holds the number one spot on radio stations in CuraÁao.

"It was my first time performing in CuraÁao, the venue was well-packed, decent-size crowd and mi love the vibes and vibrations that mi get. Mi get the biggest forwards with Play Tune which is big that side of the world, she said.

On Easter Monday, Macka Diamond also performed at the 16th staging of Jamaica Kite Festival held in Ocho Rios. Introduced on stage by Spotlight, she did an excellent job interacting with the crowd as she did her new song Prove It featuring Spotlight.

She is particularly pleased with the response to the single.

"Mi really love how Prove It song growing on the people dem, and it ah go hard right now and the reception weh mi get from any audience when mi draw it now show say it connect in the streets," Macka Diamond said.

The veteran entertainer has been working hard in the studio on a number of upcoming projects which will be released soon.