New album will show my international side - Tifa 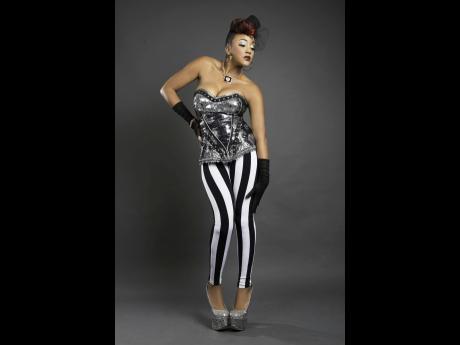 Dancehall artiste Tifa is hitting the airwaves with her new single Buss A Whine.

"I just write with a vibe, I write songs that the females want to hear. To be honest, nuh real hot gyal song nah really buss the place, so that is how this song come about. The title of the song says it all," she said, explaining the inspiration behind the track.

The music video followed shortly after the track's release and was shot in Miami, Florida at the Grande Cafe event, Double Tap Sundays.

Buss A Whine is one of 15 tracks featured on her upcoming album, which will be released this summer. A highly anticipated project, Tifa says that this album will not only show off her dancehall side but her international side as well.

"The album is a big melting pot of culture; I touch on everything, from love to inspirational, to even stalker mode," she elaborated.

At the moment, Tifa has two other songs currently in circulation that are doing extremely well.

She's featured on No Regular by Medz Music, which reached number five on iTunes Japan, as well as One Chance, One Dance, which was produced by DJ Kurt Riley.

Tifa is also gearing up to release another track from the album. Produced by ZJ Chrome, the track is titled Dancehall Queen and short snippets have been posted on her social media pages, sending anticipation for the track's release even higher.

Buss A Whine is available on iTunes, Apple Music, Tidal, Spotify, Soundcloud and other major digital platforms for purchase or streaming.