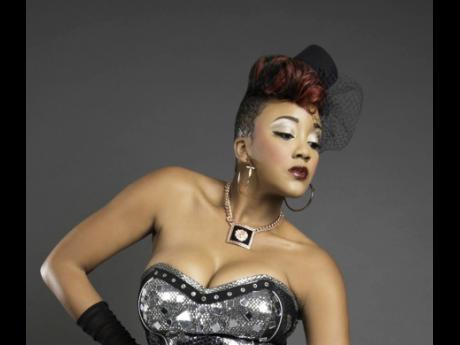 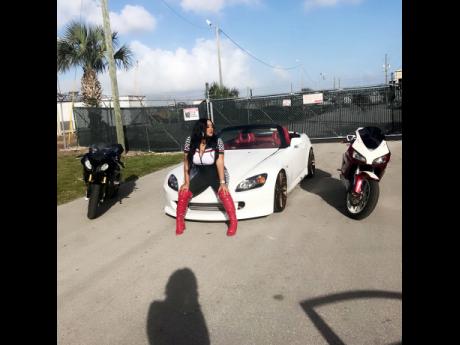 Tifa in a scene from the video shoot for the song 'Buss A Wine'.
1
2

Tifa will release her debut album in 2018 and already the single released this year, 'JA Party', produced by Christopher Birch, is making waves. It is currently moving up the iTunes Reggae Charts, making the top 20 listing.

The hope is that the album, which Tifa is planning to title 'Curry Goat and Champagne', will catapult to the top of the charts and rake in sales numbers when it drops in July, even in the era of streaming music affecting sales for many performers, including Jamaican dancehall recording artistes. Tifa told The STAR that "The album is the life of me, so it's just for it to come to life for everybody else. It has been 10 years for my first album to be released and it is a good body of work."

"It comprises mainly current releases with a fusion of all genres - all excepting country and western," Tifa said. "As the name suggests, 'Curry Goat' represents the Jamaican flavour of the album, while 'Champagne' is the international side that includes a mixture of trap, EDM, and R&B music types.

It [the album] nah go full up with a bag of pre-releases or previously recorded work, as there is a whole lot of new content as well as the popular singles over the past year."

The Lyrically Educated entertainer says that waiting 10 years was not part of a strategy, as it is being observed that many seasoned artistes - for example, Kabaka Pyramid - are just now releasing albums. It is partly owed to her wanting to unearth the right management team and label to bring her vision to the fore in the best possible way. "I did a lot of cleansing of my personal space and the people that were around me and it just feels good right now; I have the right set of managers and set of people presently," Tifa said.

Singles including Tifa's Dancehall Queen, that is dedicated to all the females in the industry and No Regular, which was number five on the Japanese iTunes Charts in March should be on the album, but with the large number of productions Tifa may have to do a double-disc album. The dancehall diva is known to consistently release songs, but says she is caught between a rock and a hard place as it relates to the next move once the album is out this summer.

Her management team has been doing a major promotional campaign with digital platforms like Tidal and Vice Media to ensure by July, Tifa's fans globally, old and new, will be ready for Curry Goat and Champagne.