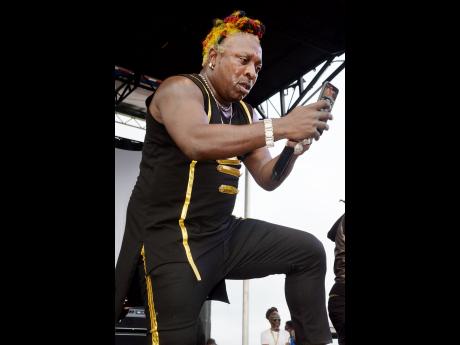 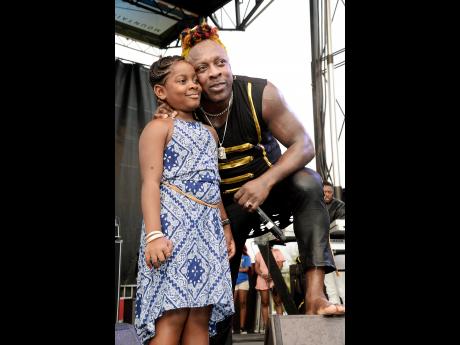 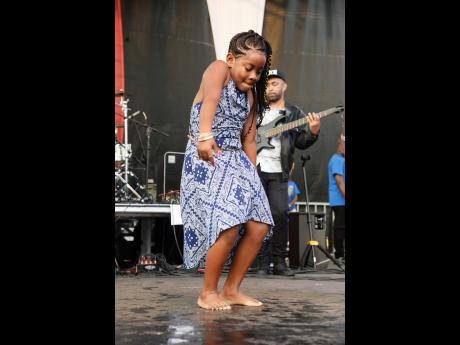 Elephant Man's daughter, Haley, held nothing back as she danced for the eager crowd. 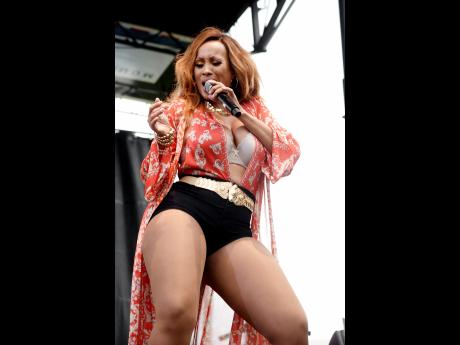 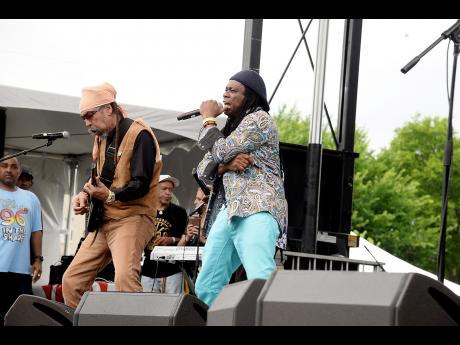 Although he disappointed his fans by not partaking in the cook-off, dancehall artiste Elephant Man delivered an energetic and captivating set at the Grace Jamaican Jerk Festival in Washington, DC, on Sunday.

The screams were almost deafening when the flamboyant deejay's voice was heard through the speakers, and persons huddled closer to the front of the stage for an hour of invigorating entertainment. All the Energy God needed to do was start the intro of each track for the audience to take over and make it their own.

He had the audience showing off their version of the dance moves for some of his popular hits like Signal The Plane, Pon Di River, Sweep and Row The Boat. His set was complemented by his daughter, Haley, who proved to be just as good a dancer as her father, as she glided across the stage, much to the delight of the massive.

The stage wasn't enough for Elephant Man as he later climbed on to the speaker boxes to interact with his fans. Ditching his shoes, the playful deejay invited members of the audience to douse him with bottles of water. He then diverted his attention to his female fans, and churned out the lyrics to Michael Bolton's When A Man Loves A Woman and Beres Hammond's Tempted To Touch. As he attempted to leave centre stage, signalling the end of his set, the music-hungry crowd would not have it, and they demanded an encore.

"You done know say this is the season for jerk festivals, and for every staging me a go elevate it likkle more. A me name 'Energy God' enuh, so yuh know me exercise and keep fit fi performances like dem ya," he told THE STAR after giving his fans an encore.

He then apologised to his fans for not partaking in the cook-off.

"Me did just waa focus on the performance, and never waa have to cook and go back go change. Me think the cook-off was on a different day, But nuh worry, man, unuh may see me a cook at another staging," he said.

His challenger Rickey Platinum didn't accept his excuse, jokingly saying that the deejay doesn't have any cooking skills.

"Mi nuh think Ele can cook ya, man, but him never waa say it. Him know say this Yankee boy did a go beat him bad," he said between laughter.

Before Elephant Man's performance, persons filled their tummies with delicious jerk meals from the food booths. They were also treated to live performances from Third World and soca queen Alison Hinds.