KipRich and babymother at odds 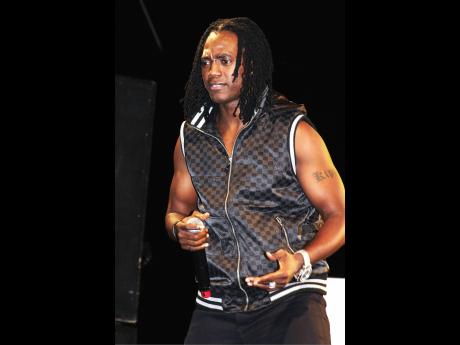 Dancehall artiste KipRich and his estranged babymother, aspiring artiste Miss Chin, are seemingly headed for a legal showdown after communication between the two hit an all-time low earlier this week.

Their nasty dispute has been the main talking point on social media.

Expletive-laden posts on Instagram and leaked WhatsApp messages have revealed that the pair's latest falling out involves their 12-year old daughter.

Miss Chin claims KipRich took the child to the US to live without her consent.

In an exclusive interview with The WEEKEND STAR, the Telephone Ting singer revealed that he and his babymother have not been an item for more than a decade.

The artiste denies 'kidnapping' their daughter and believes Miss Chin is perhaps seeking attention to boost her career.

WANTS TO BE INTIMATE

"She renewed the passport so she was aware that the child was leaving and furthermore, how can I take a child that my mother and I have been raising from she was five months? She's in my care and my mother's care, she never live wid she (Miss Chin). She checked on the child when she feel like, like a six-month span or a one-year span," he said. "I guess she a try ride pan my name fi buss because everything weh she go pan di gram (Instagram) go say a lie."

KipRich said that he believes Miss Chin wants to be intimate with him under the guise of wanting a relationship with their daughter.

He referred to the text messages in which Miss Chin asks the entertainer to have sex with her.

He, however, denied leaking the messages and said they reveal her threats to start 'drama' if he does not respond to her texts or calls.

When The WEEKEND STAR spoke to Miss Chin, she admitted to sending the infamous messages but said they were sent out of desperation.

"I sent those messages just messing around, trying all my options. I was thinking about my daughter, wanting to see her and I saw that as a way to have full access to her without all of this drama and contention. I thought it would have made things easier if me use sex," she said.

She rejected KipRich's claims that she is a neglectful mother. She is adamant that he kidnapped their daughter, pointing out that although she renewed the passport, she had no idea the child would not be coming back to Jamaica.

"Him (KipRich) saying I doing this for a buss. KipRich himself don't have a hit song, there's nothing going on for his career so why would I do that? I genuinely can't get through to my daughter and I want to have a relationship with her. She's my belly pain, she came from my womb and is like I'm nobody in her life. People can't so wicked and evil. Me nuh deserve this," said Miss Chin.