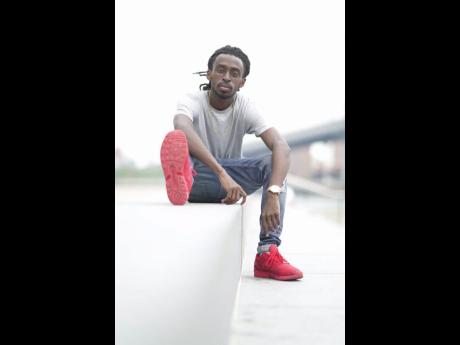 Internationally renowned dancer Blacka Di Danca wants parent and guardians to support their children if they decide to pursue a career in the performing arts.

The multitalented dancer and choreographer said that the performing arts, though it has come a long way in terms of being a preferred career choice, is still frowned upon. He believes that for the mindset surrounding the arts to change, it has to start from the homes.

"I've made my entire career off teaching dancehall classes, and I guess the best advice I would give parents is that if a young black man like me can make it, then so can your child. I wear my career on my sleeve so that my journey can be the example for others that anything you put your mind to is possible," he said.

"Don't just allow your children to follow their dreams, push and support them too. Build the new leaders and ambassadors of tomorrow, don't hold them back with what worked for you in your past, because we are building tomorrow not yesterday."

He added that a big part of the seeming 'unappreciation' for the performing arts, particularly dancing, comes from the fact that some Jamaicans don't embrace their own culture.

Blacka Di Danca explained that having travelled all over the world, spreading the Jamaican culture, he has realised that Jamaicans do not truly recognise the power of their own way of life.

"No man is a prophet in his own town. So often in history, we never appreciate or see the value of what we have until someone else idolises it, then we want it back," he said. "It's unfortunately a habit of human beings, sometimes adapting too much to what is close to home. Hundreds, if not thousands, of tourists every year fly into the island to take dancehall workshops from the local dancers, and hundreds of dancers are flying out to go and teach. Jamaica should be capitalising on its own culture the most."

And its not just the parents, as Blacka Di Danca wants the Government to do more.

"In this day and age, it is extremely important that not just the parents realise the power of Jamaican culture, but the government. Jamaican music and dance has influenced almost every major music market around the world for decades. Programmes should be set up, funding for local dancers should be readily available, and the visa processes to travel should be easier," he said.