STAR of the Month: Govana's dream collab would be Beres Hammond 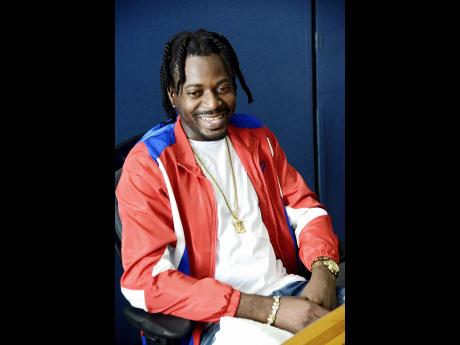 STAR of the Month Govana 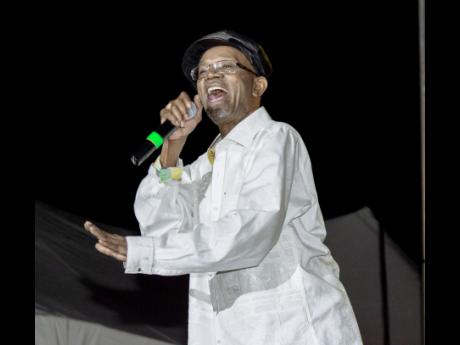 Now that he has truly made a name for himself on the dancehall scene, Govana is not keen to slow down.

While he prepares to take his act on tour, the 4th Genna star is finalising the collaborations that will make the final cut for his upcoming EP.

Although he may not achieve the level of partnership he dreams for this time around, the STAR of the Month holds his unconventional ambitions high and proudly.

Believe it or not, if things could work out in the favour of the rising dancehall talent, he would have reggae music legend Beres Hammond as a collaborator.

"We ah try do some out-of-the-box collaborations. Yuh nah come look fi si mi ah do Govana and Aidonia again. That's boring now. So we a pree some things weh nobody nah look for. Mi pree weird, some different ting," he told THE WEEKEND STAR.

Back when he was primarily known as Deablo, the deejay literally subscribed to that imagery.

"Everybody know the type of music weh mi did do, dark, 'evilous' and grimy," he said. So it may come as a surprise that Govana would want to work with a veteran crooner.

"Nuff people nuh really give [Beres] the respect weh him due. And dem nah give him until him dead. Beres is a hit master. Almost every time him open him mouth, is a hit. His hit ratio is not normal," Govana said.

"One of the greatest experiences is popping in a Beres Hammond CD and jump pon the highway, and just a drive. You will listen to Beres Hammond from now until Negril without realising," he continued.

Along with the Double Trouble hitmaker, Govana would also prioritise a collaboration with Sizzla Kalonji.

"Sizzla Kalonji was my biggest influence growing up, until him start pump up and behave crazy. But the roots Sizzla Kalonji, him teach me whole heap. Even though is Aidonia mek mi seh mi really wah do music, mi grow up on Sizzla," Govana said.

Internationally, his choices for a musical partnership are just as accomplished and soulful.