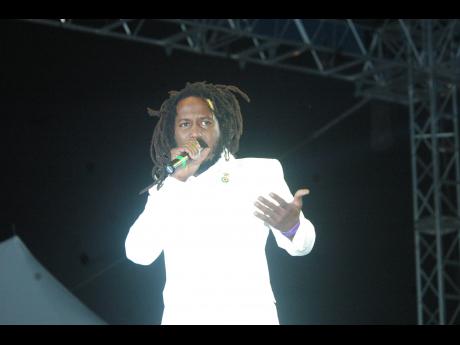 As Clarendon grapples with crime and criminal activities, singer Jahmali, who hails from the parish, is using his voice to bring about a change with his new single, 'Mistreatment'.

Jahmali, who made his presence felt on the scene with breakout single El Shaddai, said that the song was his way of seeking a place of refuge and crying out to God in the process.

"Basically, it was about finding shelter from the storms of disenchantment and overall societal degradation that were seeking to rein me in," he told CENTRAL STAR.

Mistreatment, a song written in the same vein as El Shaddai, speaks directly and deliberately to those responsible for the management of crime and violence.

"It's time we look within and find ways out of what we're in/ Cause this crime and violence thing is finally gonna do us in/ Mistreatment is not what we want, do you get what we need/ People shout the pressure fi stop building, blood fi stop spilling/ Why can't we see it, no pounds and shillings can stop the blood spilling," Jahmali sings in Mistreatment.

The singer, born Ryan Thomas, said that the bloodletting in his parish and across the island proved to be the main source of inspiration, as he genuinely wants to see Jamaica become the place of choice to live, raise a family and do business once again.

"It is my hope that with this new message, it will capture the attention of the powers that be," he said, pointing out that Jamaica's crime problem started when the foundations that were set by the nation's forefathers began to erode.

"They have removed the old landmarks and now we are paying for this!"

Believing that he must make a difference, the entertainer is also calling on fellow entertainers to be custodians and start a social movement in their songs.