Jahazeil Myrie gets buzz from 'Hold On' 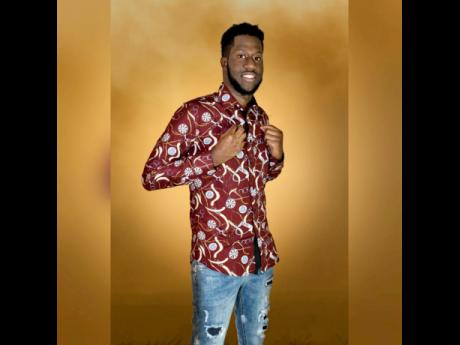 Jahazeil Myrie, the 21-year-old son of reggae superstar Buju Banton, has been getting a lot of recognition for his song Hold On on the Delly Ranx's Cotton Swabb rhythm.

Although he has been doing music for four years, he said that the song has really giving his career the 'buzz' that it needed.

"People been telling me that it is a good song. The reaction to it is awesome. It is a positive vibes that I am getting from people," he told THE STAR, admitting that his father's stardom has helped to open more doors for him.

With accompanying visuals out on his YouTube channel, Myrie said that the song encourages persons to find ways to overcome the struggles that they might be facing in their lives

"It's talking about overcoming depression. I got the inspiration for the song from watching people's lives," he said.

And with the aim of spreading positivity through his lyrics, he said that he will be building on the momentum that he has gained from Hold On by releasing more songs.

"I have other music in the pipeline [with] my brother Lela Records and my other brother Markus (Myrie)," he told THE STAR.