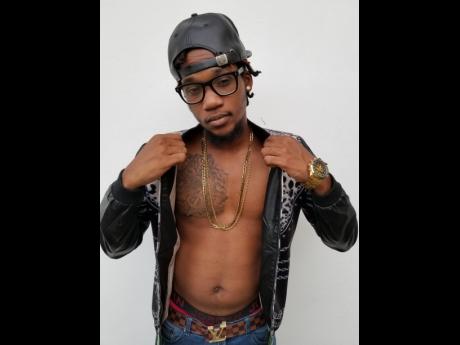 Dancehall artiste J Rile is making big moves in the music industry with his single 'Jimmy', which has been scorching the airwaves in recent months.

J Rile tells a fascinating story in Jimmy as he tells the tale of a murderous gangster who meets his demise after becoming Jamaica's most wanted. J Rile's ice-clear sound enhances the popular Tuff instrumental's emotional core, winning him a legion of new teenage fans.

The red-hot rookie said he was inspired to write Jimmy to show youngsters that being a gangster is a dead-end job.

"The concept behind Jimmy is really a mirror image of what happens to the typical ghetto youth who becomes a gangster. This song is creating an impact because it speaks to a situation where youths a grow up in the ghetto without a father and get caught up in a gangster lifestyle. The words resonate because is a situation that most have been through or are going through right now. But gangster business takes you to morgue or the penitentiary. They don't reign long. The youths need to know it is a dead end," said the 25-year-old artiste, whose real name is Daniel Comrie.

The song was released on the Billions Music Group label three months ago. The video, which was released earlier this month on YouTube, has racked up more than 90,000 views, propelling the song on to numerous radio playlists all over the world.