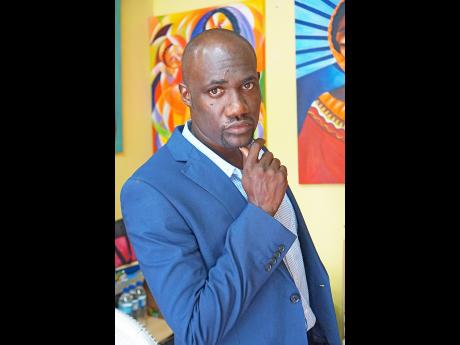 Selected works will be previewed in an introductory exhibit next March that will expose western Jamaica to Caribbean artists and their works.

The preview exhibit, which will be held at Gloucester Avenue, Montego Bay, on March 9, 2019, will be the latest result of CARICS's contributions to development through promotion of the arts, which the organisation has pursued since 2010.

CEO of CARICS Oniel Cunningham told WESTERN STAR that the exhibit will be aimed at reviving local interest in art displays and festivals.

"Fine-arts festivals provide economic benefits and are also used as major cultural development and entertainment platforms in several locales across the world. Adding this Jamaican-flavoured international fine-arts event is sure to revitalise the local art scene by providing much-needed exposure and new market potentials to local talents," said Cunningham.

He said that CARICS will foster socio-economic development through the arts and education by providing scholarships and grants for marginalised youths.

"This venture will help to promote Jamaica's rich culture in the fine arts while revitalising interest in Jamaican arts," Cunningham added.

The exhibit will showcase samples of that art patrons can expect during the festival's inaugural three-day staging at the Montego Bay Convention Centre between March 12 and 14, 2020.

Anna-Kaye Fowler, CARICS communications officer, said that the exhibit will allow Jamaica's arts industry to step up to the international stage.

"For decades, the world has rocked to the rhythms of Jamaica, and the exhibit will now bring the world a beautiful platter that is tastefully arranged with other Jamaican arts by way of this Jamaican-flavoured fine-arts event," said Fowler.