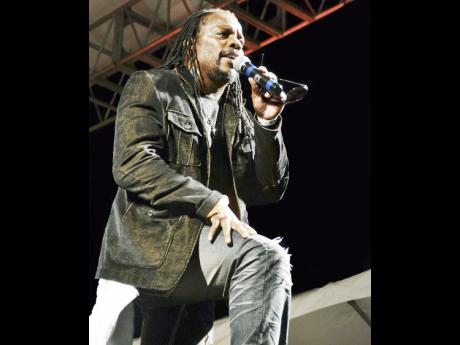 Roots-and-culture music is Chuck Fenda's choice style, so it may come as a surprise that his latest release comes on a dancehall rhythm.

With his brand new single One Man To Your Ting Alone, he has attempted to kill two birds with one stone.

In using dancehall, he hopes to connect with a wider demographic of listeners. In the song, he is urging women to value themselves.

"I never really go on a dancehall song in years. At first, mi never really like it," Chuck told THE WEEKEND STAR. "It was my producer Marvin who encouraged me to go on the riddim."

So he trod the unfamiliar path, heeding his producer's suggestion.

The producer's logic was that working with a dancehall track could engage listeners outside the reggae-loving audience.

Despite Chuck's preference for roots rhythms, he obliged.

One Man To Your Ting Alone was released on October 25. According to the artiste, the song is a celebration of the monogamous woman.

"The 'one-man' ting gone a long time ago. It's a different world now. It's all about money. This video is just showing what's happening out there, how females portray themselves now. But it's still giving both sides of it, showing a woman with one person," he explained.

Chuck wrote the song as a direct reaction to the effects of social-media influencers. The Gash Dem singer believes that many modern women's values are misplaced because they try to emulate lifestyles as seen on the Internet. "Females have to be role models and value themselves," he said.

Chuck reports that feedback on both the song and the video has been positive. "The people dem love it. They are listening to it because I stick to the message. We can't stray from who we are. It's still a righteous message because at the end of the day, a just music."