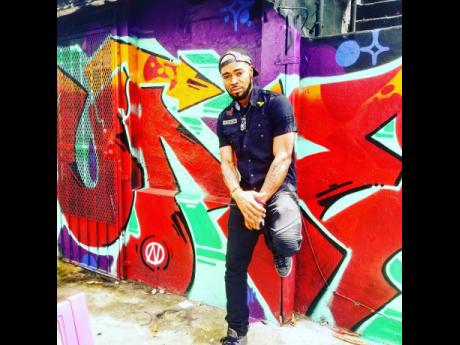 Recording artiste Lyrikel has decided to try his voice on tracks that are infused with reggae, dancehall and hip hop.

"I just make music and put words to whatever sound. If it works, so be it," Lyrikel told THE STAR.

Lyrikel, whose given name is Matthew Davis, relocated to the United States when he was a child and had to learn to adapt quickly to the lifestyle.

But one thing he says has never changed is his interest in his culture and, more specifically, the music.

He said dancehall is his musical centre.

"I am immersed in dancehall because of my admiration of artistes such as Buju Banton, Bounty Killa and Beenie Man, while my love for poetry helped me to fluently pen and express my music in this genre," he said.

He also shares an equal interest in film, and by a stroke of luck landed a starring role in a Caribbean film project, Party Trollers, which highlights the lives of three friends striving to become top party promoters.

"I envision more acting roles but I am interested in getting more airplay for my music worldwide more than anything. Plus, Jamaica needs to get to know Lyrikel, the recording artiste," he said.

Lyrikel currently works as a police officer in Miami (where he currently resides), which he does not see affecting his goal of becoming a household name in Jamaica's dancehall scene.

The entertainer's vision for the upcoming year is to have his music gain recognition on the world stage.

He said, "My plan to market to Jamaica is no different than my plan to market elsewhere by creating an authentic musical product people love and live to hear. I believe if I make music that people can relate to, dance to, or that is thought-provoking, it will be enough to keep them wanting more."

He said that determination has earned him spots on several event stages in Miami.

Lyrikel describes his music as an autobiography, stating that, "The lyrics touch on personal relationship experiences while addressing the usual challenges persons face."

At the same time, his catalogue is sprinkled with a few dance, lovers' rock-type tracks, the most popular being a collaboration with New Zealand-based artiste Sienna Templeton, called One Step.

He is currently working to release the music video for his most recent single, Crosshair, a single produced by New York-based Chi Zoe Beats.