Young Kyle Wilson making his mark as a musician 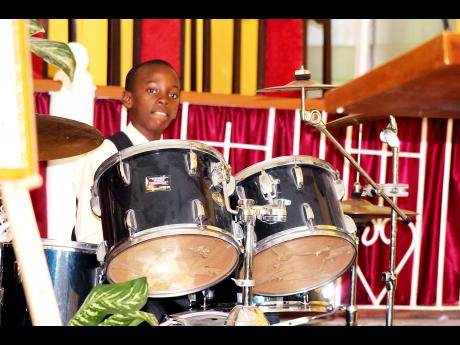 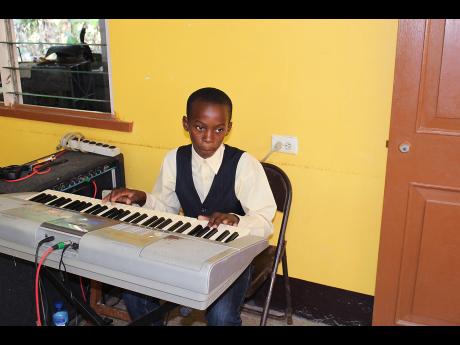 Kyle Wilson doing his thing on the keyboard.
1
2

Kyle Wilson is only 12 years old, and already, he is making his mark in music. The Clarks Town, Trelawny, boy is a master on the keyboard.

"I have been playing instruments since I was five years old. My bigger brother taught me to play the keyboard, the drums, and the guitar. From time to time, I sing at different functions. When our band, the Wilson's Melody Band, plays at hotels, I do what my brother wants - whether to play or sing," Kyle said.

The young boy stole the hearts of many when he performed at a funeral for Rastafarian Cornel Kerr, recently.

Cornel, before his death, requested that Peter Tosh's Jah is My Keeper be sung as the opening song at his funeral. The Reverend Owen Watson, a musician who was leading, announced the request and moved towards the keyboard.

Watson stood and watched as Kyle ran his fingers on the keyboard as the chant was introduced.

"As I watched and listened, my whole body was covered with goose pimples. Not for a long time have I seen one so young master the keyboard that well. I was pleasantly surprised," Watson said.

A former student at First Hill All-Age School, Kyle is in his first term at Albert Town High. He told the WESTERN STAR that he wants to go "far, far in music". He also said that he admires Cat Coore of Third World.

"I want to play many different kinds of musical instruments like him, plus a wind instrument like a saxophone."

Tanya Brown Plummer, his teacher at First Hill, told WESTERN STAR that she took Kyle to sing at a Jamaica Teachers' Association meeting and he made a lasting impression.

"When I was looking for him, I couldn't find him. He was on the football field playing. I took him away, and as he was leaving, he said to his teammates, 'Mi soon come. Mi de go sing a song'. He said it as if it was nothing. He sang Hallelujah, and every teacher who had an android phone was seen recording him. I blushed with pride when he got a standing ovation," Plummer said.

"I am going out on a limb to predict that he will be the youngest Digicel Rising Stars winner," she added.