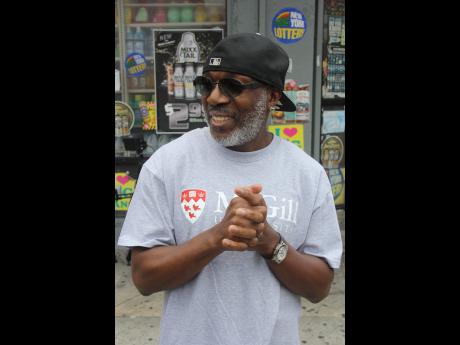 Reggae singer Tom Laing is gearing up for the release of his debut album, Street Teacher.

The 14-track album, which is slated to be released early next year, will feature several new songs along with some of his earlier material that were released as singles.

The project has been in the making for quite some time, and Laing believes it will become one of the seminal albums in the modern era of reggae music.

"This album has a lot of great songs, and I am confident that it's going to be a huge success. I've worked with some of the best musicians on this project. We've taken a very serious approach to the production of this album because we want it to become one of the top albums in reggae music," he said.

The Trench Town-born singer added, "People are dying to hear some authentic reggae music, and that's what Street Teacher is all about. There are no computerised rhythms on this album. My producer and I took the old-fashioned route with this project; we went into the studio with world-class reggae musicians and created a great album. There will be no fillers on Street Teacher."

The first official single from the album, the title track, will be released in December.

"The first single will be out in a few weeks. We leaked it to radio stations in Jamaica and the feedback that we're getting is very positive," said Laing.

The New York-based singer plans to visit the island soon to shoot the video for Street Teacher.