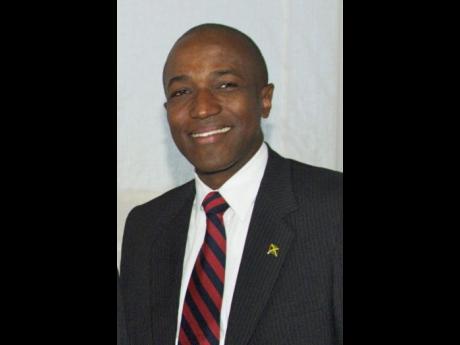 Until Buju Banton apologises to members of the gay community for the homophobic lyrics-laced song 'Boom Bye Bye', he will not be embraced by the lesbian, gay, bisexual and transgender (LGBT) group.

This according to attorney and gay rights activist Maurice Tomlinson.

Tomlinson said the entertainer's refusal to apologise for his 'murder music' still means that he holds those views.

"Buju has not sought forgiveness from the LGBT community that still lives in fear every time his murderous lyrics are heard. Until there is a clear demonstration that he rejects these views, it is unrealistic to expect that he will be welcomed by the LGBT community," he said.

While other entertainers such as Beenie Man have expressed regret for attacking the community, Buju has remained firm even when the controversial single resulted in a backlash that threatened to destroy his career.

Boom Bye Bye was released in 1992 and several years later, the song would later become the subject of outrage in the US and Europe, leading to Banton being dropped from the line-up of the WOMAD Festival as well as numerous other scheduled performances.

Tomlinson told The STAR that although the song was recorded more than two decades ago, the gay community is still affected by its lyrics.

He added that it is impossible to accurately measure the significant damage caused by this song.

"As can be expected, the hateful lyrics have a profound negative psychological impact on LGBT people, especially when we are at public events surrounded by crowds chanting these 'death to gays' tunes. Additionally, many attacks against the LGBT community are accompanied by chants of Boom Bye Bye. This song is the anthem of homophobia, not only in Jamaica, but also across the Caribbean and globally," Tomlinson said.

Now that Buju Banton is a free man, Tomlinson said he is encouraging him to take the time to undergo LGBT sensitivity training, facilitated by members of the community, in order to understand the people that his music affects negatively.

"Buju needs to know that LGBT people are everywhere and like other Jamaicans, we just want to live our lives free of fear and violence. We do not have to agree on how people live their lives, but we must respect the right of everyone to live with dignity," Tomlinson said.