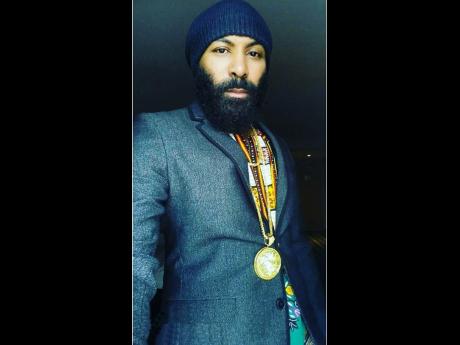 Reggae singer Anthony Cruz is kicking it old-school style for his latest project, Jah Cruz Medley. The singer teamed up with director Logan to shoot the music video for the track, which offers an assortment of love songs.

"We went to St Elizabeth two weeks ago and did the video by Treasure Beach, Lover's Leap and Holland Bamboo," Cruz told THE STAR. "It's really nice. We got some beautiful shots by the countryside, so fans can definitely look out for that before the new year."

Released last month, Jah Cruz Medley is a near five-minute track which rests easy on Treasure Isle's 'Rock Steady' Rhythm that was made popular by Bitty McLean's Walk Away from Love.

According to Cruz, this project has been a while coming.

"I love that Bitty McLean song and I've always wanted to sing on it, so that is what really inspired it," he said. "I just decided to finally put that beat with some popular songs that people love and know."

Cruz said the response to the medley has been overwhelming, and he looks forward to making more videos in upcoming months. In the meantime, the Mama's Blessing singer is completing a series of performances in the United States. His most recent appearance was at The Wild Hare in Chicago last Saturday night.

"We had a sold-out show that night. I'm still in Chicago because I have two more shows, so we're just out here doing the work," he said.