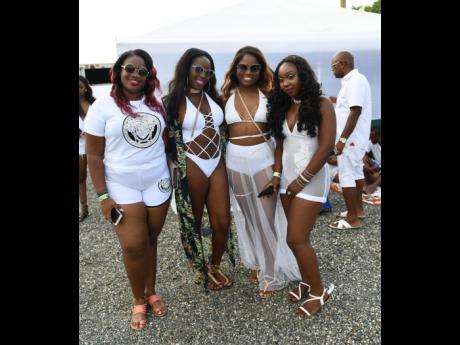 Some of the ladies who attended Sandz at the 7th Harbour to welcome 2018. 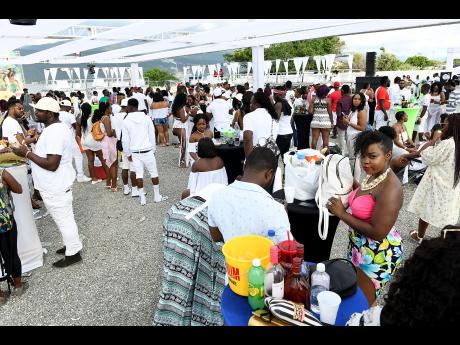 Some of the persons who turned out for Sandz at 7th Harbour Beach Park along the Palisadoes strip in Kingston on New Year's Day 2018. 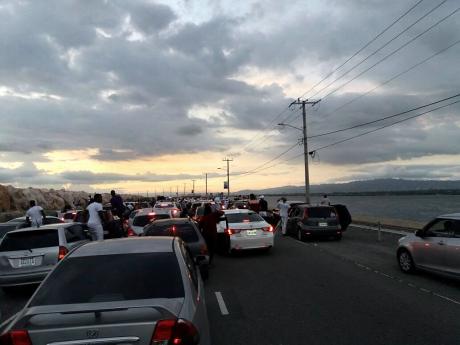 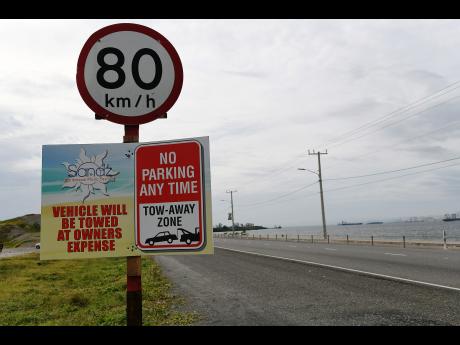 Warning signs for motorists who attended 'Sandz' to celebrate the beginning of 2018.
1
2
3
4

Supreme Team Limited, promoters of Sandz, dubbed 'The people's festival', has changed from their usual Kingston venue to the 'Sunshine City' of Portmore, St Catherine, for its New Year's Day 2019 staging. This time around, Sandz patrons will experience an entirely different atmosphere at the Portmore Entertainment Centre (formerly known as Jamworld Entertainment Centre, especially known for hosting the once-popular Boxing Day concert Sting).

Since its January 2018 execution at 7th Harbour, off the Palisadoes strip, which resulted in a traffic debacle affecting persons going to and from the Norman Manley International Airport, the promoters have been cautious and accepted feedback from its supporters to find new venues. After much deliberation and consideration of using established locations, such as the Constant Spring Golf Club, it was agreed to utilise a venue located in the Portmore area to avoid a repeat of any inconvenience to patrons and motorists, said public relations co-ordinator for the event, Joleine Longman.

"With the current road construction that is taking place in the Constant Spring area, that was out of the question, and we also recognised the need to try new venues," Longman told The STAR. She continued: "For Sandz, which is executed at least four times throughout the year, it has seen venue changes that our patrons always seem to enjoy, and this year we are coming out of the Kingston space and trying a whole new venue in Portmore." She says that Sandz is known for its experimentation with different terrain and it does not necessarily take anything away from it, insisting "instead it enhances it in every way".

Though the fundamental concept has been focused on creating a beach-type environment (which would be better accomplished by having the natural beach adjacent to the venue), the promoters are convinced it can be done in other ways. "What we are doing is bringing the concept into a space where a lot can be done with it and the theme is playing on the whole venue that many known as Jamworld, by calling it 'Sandz World'," she said. "It remains an all-white theme and a bring-your-own-cooler party, and it is expected that persons will come out looking their best, energised and ready for the entertainment."

This includes performances by deejay Shenseea and London-based dancehall entertainer Stylo G, who has been creating waves with his single and remix featuring Nicki Minaj, Touchdown.

"Sandz has been dedicated to supporting and working with up-and-coming talents and highlighting our music, and it will be all the more magnified with the line-up for this staging," Longman said.