Jahleel Myrie gets serious about producing 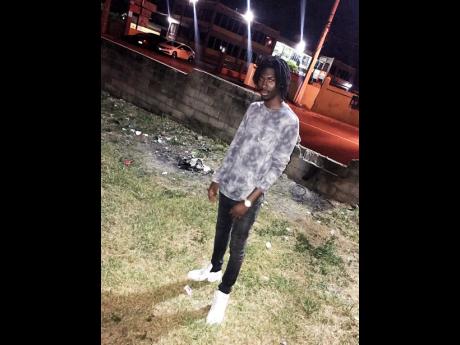 Jahleel Myrie has followed in the footsteps of his brothers by establishing a music production company called Leelo Records. The rising producer is self-taught, but said that he received a lot of guidance from his brothers Markus, producer and owner of Markus Records, and Jahazeil, a recording artiste.

This move makes the 20-year-old the third of Buju Banton's sons to get serious about a career in music.

Although he is now a producer, Jahleel said that he wanted to pursue singing at first.

"There is a certain level of confidence that is required to be a singer within this musical generation, and to be honest, I am shy," he said.

The young Myrie shared that he first started to experiment with production while in fifth form at Jamaica College, but never got serious until he teamed up with Vanessa Bling to record and release Low Life in 2017.

"I recognised the power of music after I started to play around with production. When various aspects of life become a burden, the simple message of one song or the sound of the rhythm can change your entire mood that is what music does for me," he said.

When asked why he created a new record label instead of working with those already existing in his family, he said: "Gargamel Music has a major name attached to it; my brother's record label has a name for itself, and though I could work under both of them, I want to create a name for myself that does not ride on my father's name or siblings' popularity."

Although he is fresh in the game, Myrie already has some productions under his belt.

The most recent rhythms to be released under his label are 'Bubble Trouble', a hard-core dancehall juggling production, and 'Virtue' rhythm, which is a mix of Afrobeat and dancehall sounds. The rhythms feature a diverse mix of talent, including Laden, Gyptian, Projexx, D'Yani, and other fresh acts.

"I am impressed with the new crop of recording artistes, and I believe last year was when we saw many of our local talents getting a buss in a while. I also plan to do more work with up-and-coming artistes and females, as well," he told THE STAR.