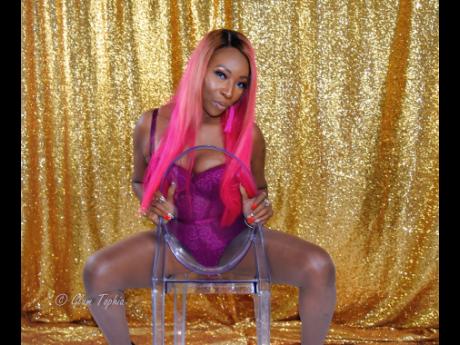 Dancehall artiste Macka Diamond will celebrate her 48th birthday in a grand fashion this weekend, with a party set for Club Genesis at Gateway Plaza in Old Harbour. Although it will be her special day, the deejay will be treating her fans to a brand new music video.

The entertainer initially wanted her birthday celebration on Saturday to be a joint album launch, but with the album taking more time than she anticipated, the singer is will only premiere the visuals for her song, Birthday Sex.

"It was supposed to also be my album release party, but I want to apologise to the people, because now I'm only just going to release the video for my song, Birthday Sex. I guess it will all still work out, because that was the song that really brought everything together. The album will be called Birthday Sex, and I'm now looking at a date in July/August for the release," she said.

"Things got a little more hectic than I thought, so I didn't meet this date. I am still going to give my fans something with the video. It's going to be hot, and I want them (fans) to share the video everywhere as their gift to me."

The artiste said that the event promises to be fun-filled, as fellow artistes and fans will be joining her as she marks another birthday.

"I got guests from Guyana coming in. I will have Stone Love showing me support on the night, deejay Unknown will also be there. We will have a touch of everybody, because we also have a deejay from Old Harbour as well. A lot of artistes will also be passing through on the night, so it promises to be a great night. The vibe will be fun, and, of course, I will be there in all my birthday sexiness. It a go mad," Macka Diamond said, noting that admission to the event is $500.