STAR of the Month: Spice still wants a crossover hit 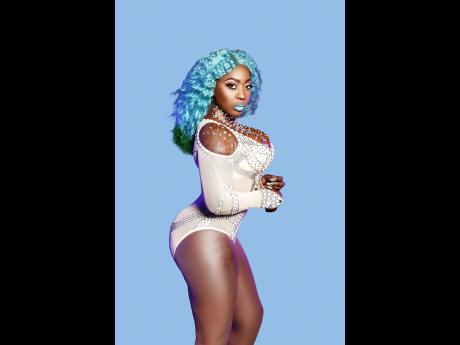 STAR of the Month Spice

Grace Hamilton has come a far way from the poverty-stricken childhood she endured while growing up in Portmore, St Catherine.

Starting her music career as Spice in 1999, the beloved deejay has risen to the fore as arguably the most sought-after and popular female dancehall artiste of her time.

This feat has even enabled some to label her as the Queen of Dancehall, who has helped to disseminate dancehall culture in new spaces like the American TV series 'Love and Hip Hop', and even create unprecedented moments like becoming the first female Jamaican artiste to attain one million followers on Instagram.

Though she unapologetically sits atop her new throne, there are still things Spice wants to accomplish before declaring she has 'made it'. One of those things is to score a massive crossover record.

"I've had songs like So Mi Like It which was definitely a big crossover for me, but when I say crossover I'm thinking one that would come out of the iTunes reggae chart and go into the main iTunes chart or main Billboard chart," she told The STAR.

To aid in her mission, the entertainer said she has been studying different techniques utilised by Shaggy, Sean Paul and Rihanna.

Based on her research, she admitted a massive international hit means altering her delivery.

"I know it may sound funny but I have to change certain flow and words if I want them (international audience) to understand," she said. "When you go to America and you do interviews and Jamaicans say, 'why are you speaking like that?' they don't realise that it's like speaking Spanish to someone who speaks English they won't understand," she said. "When I freestyle fast and aggressively on a dancehall record they may like the beat but they don't understand what I am saying. When you listen to Shaggy and Sean Paul you will realise that they have slowed down the genre and style a little bit so that the audience can understand a little better and clearer, and so I believe I would have to edit up a little bit so they can understand better."

She has been listening to Rihanna's older music like Pon De Replay, which has Caribbean influence, to see how the Barbadian star made the transition to international stardom.

Spice has also been getting advice from seasoned American rapper and friend Busta Rhymes.

"Busta Rhymes is one of those mentors that will just talk to you and explain the business to you and encourage you. But the truth is what he has been through doesn't necessarily mean it's something that I am going to go through in this age; but he has always been encouraging of my career since the day he met me," she said.