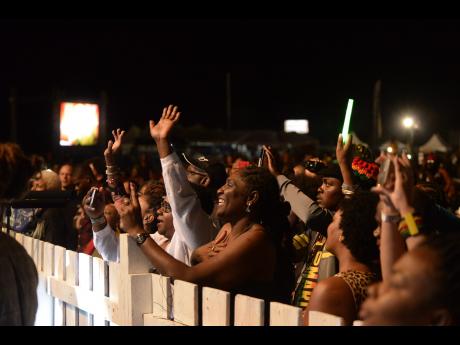 Lionel Rookwood/photographer A section of the crowd on night one of Rebel Salute 2019.. 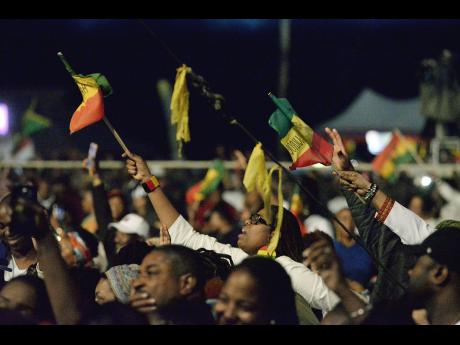 Lionel Rookwood A section of the crowd at Grizzly Plantation in Priory St Ann on the second night of Rebel Salute.
1
2

Rebel Salute is magnetic. Pulling Jamaicans from across the island to Priory St Ann, it also reaches into the diaspora and as far as the Netherlands.

One patron was delighted to have flown in from California in time to catch the second night. To her surprise, Bobi Wine was on the stage. "I was watching him on BBC last week and here he is!" she exclaimed.

Eric told The STAR that he and a friend were visiting the island for the first time. A frequent patron at reggae festivals across Europe, he was among the first patrons settled into Grizzly's Plantation Cove. He sat in the front row, among the first to abandon his chair to instead press against the barrier fence between the audience and stage.

"I'm from the Netherlands. We came all the way from Holland to Jamaica to catch the good vibes. I've been to a lot of reggae festivals in Europe, but this is the best. I love everything coming from this island - I'm a reggae addict," the dreadlocked music fan shared.

But what's the difference between a reggae festival in Jamaica and one in Europe? He answered first with a gesture, placing his palm to his chest. "In Europe, we love reggae. But here it's in their heart. It's so special."

Eric was here for the classics. "I really love the old stuff, like The Mighty Diamonds. Like this " he said, gazing up at Marcia Aitkens.

In Jamaica for the second time, Karin and her friend Shane sat in the front row prepped for rain sludge with their bare feet propped on a cardboard square. "He told me about Rebel Salute last year when I came to Jamaica. I said I wanted to come. I said I had to come. I just love good music - he showed me a flyer from a few years before. The line-up looked bad! I had to come. I fell in love with the island," she grinned.