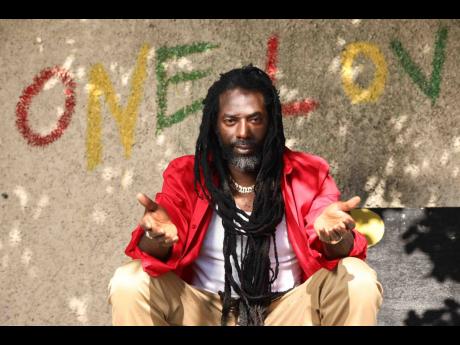 The confirmed Caribbean dates for Buju Banton's Long Walk To Freedom Tour have been revealed.

Between March 30 and June 29, the artiste has seven dates across the Caribbean, and in an Instagram post, he stated that more dates are to be added.

Exactly two weeks after his first post-prison performance at the National Stadium in Jamaica, Buju Banton will head to Nassau, Bahamas, after which the red carpet will be rolled out on April 21 for his highly anticipated Trinidad engagement at the Queen's Park Savannah.

April 27 will see the Gargamel in Barbados, then one week later, on May 4, Buju will be off to Paramaribo, Suriname for a performance at the Andre Kamperveen Stadion.

There are two dates for June confirmed so far - June 15 in Tortola, British Virgin Islands and June 29 in St Kitts at the Kim Collins Athleteic Club.

The Grenada show, for which tickets have reportedly been selling quickly, is scheduled for May 11 and online news outlets report that "the tri-island state of Grenada, Carriacou and Petite Martinique is the only OECS island thus far to confirm a staging of the world-renowned tour".

The highly anticipated event is being staged in conjunction with Sunshine Promotions' annual Mother's Day event brand - Night of Love - which featured in 2018 another reggae legend, Beres Hammond.

According to Partygrenada.com, Ian St Bernard, founder, Sunshine Promotions, has noted the significance of an event of this magnitude to Grenada and the region and quotes him as saying, "Grenada has always been a major player in regional and diasporic entertainment. We are pleased to host the Long Walk to Freedom tour not just for Grenadian residents but welcome our neighbours from the OECS and other Caribbean islands as well as our friends within the diaspora."

The reception from the Grenadian public, since the tour's announcement, has reportedly been encouraging as this promise to be one of the biggest live concerts to be held on the island in recent years.