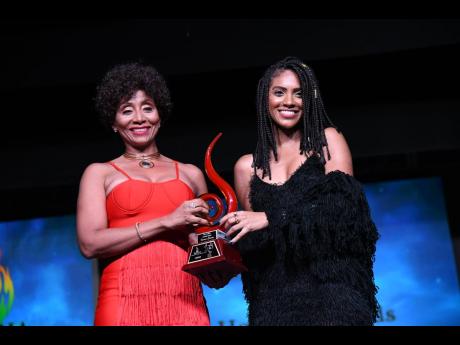 Naomi Cowan (right) receives the breakthrough artiste of the year award from Nadine Sutherland at the Jamaica Reggae Industry Association 2019 honours awards, held at the Little Theatre on Tuesday. 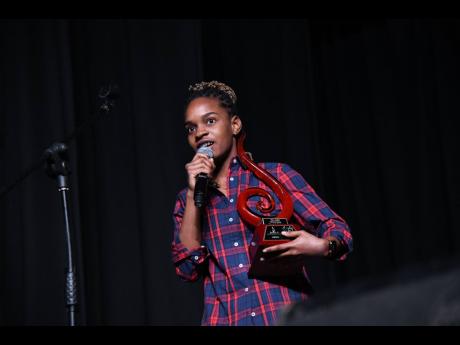 Koffee responds after taking the for song of the year award for ‘Toast’. 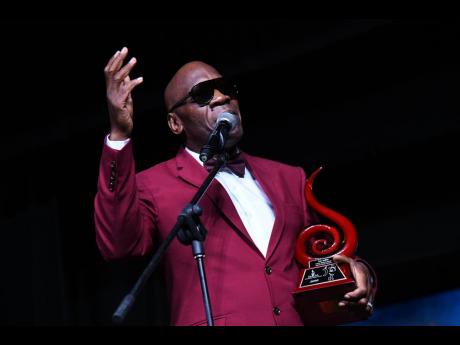 George Nooks was also among the awardees. 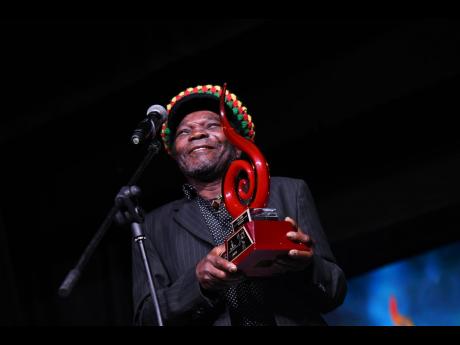 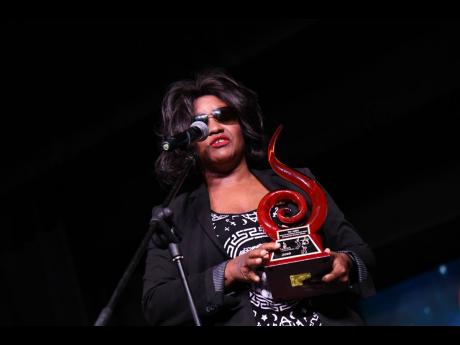 Cowan nabbed the award for breakthrough artiste of the year, while Koffee won song of the year for her mega hit, Toast.

In her acceptance speech, Cowan, who was accompanied by her parents Carlene Davis and Tommy Cowan, said she was "shocked", as she was only doing what she loved and not thinking about being recognised or honoured.

"I'm quite nervous right now, because this is my first award in music. I want to give God thanks for giving me a brave heart to do what you see me doing today. When I got the email about being nominated, I was a likkle bit shocked. I said to myself ' how?' because in my head, I just started," she said. "When I think about breakthrough, I think about cutting through, because everyone that has been nominated, dem cut through. Lila (Ike), Jada (Kingdom), Teejay, Rygin, everybody. They're unashamedly themselves, they're authentic. You can't carbon copy any of us, and that's what I love about being among such dope talent in 2019."

She also thanked her parents for encouraging her passion in music.

She explained that had it not been for their belief in her, she would not have achieved all she has.

"They've been honoured not just by JaRIA, but by so many organisations across the world, and I was sitting there thinking about what I was going to say about them if I win; and I remember five years ago when I picked up my guitar and I taught myself some open chords and I started the practice. I was really doing what people called 'white people' music, and they said, ' ok, let's do this'. Then when I said I wanted to do reggae, they said, ' let's do it'," she said.

In her acceptance speech, Koffee, who beat out artistes such as Damian Marley, Ding Dong and Chronixx, thanked JaRIA for "for recognising reggae representatives and the representatives of Jamaican music continuously".

"It's (the support) been encouraging and inspiring to the youths and the older folks as well, so thank you for what you're doing, JaRIA," he said.

Twenty-five men and women from the reggae industry were awarded at the ceremony, held at the Little Theatre.