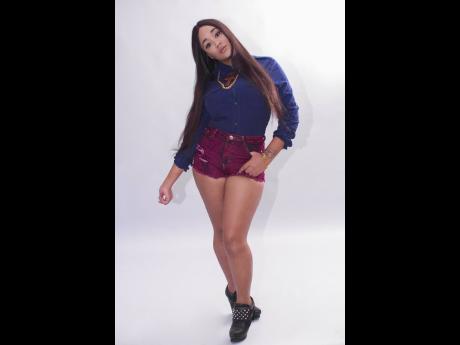 Tifa is upbeat about the reception to her latest single, 'Man Government', which has been blazing the airwaves.

The song, which was produced by Lando Genius Records, debuted at No. 42 on the US iTunes Reggae chart last week.

The dancehall artiste explained that she was motivated to do the song by the experiences of many women.

"It was inspired by the injustices that I see women putting up with from men. if you don't treat me right, it's to the exit for you! No 'man clown' business," she said.

With minimal promotion, Man Government is already shaping up to become a hit for the artiste.

"The feedback has been overwhelming. The song has gone viral, and we haven't even kicked in the full promotion yet. On the day of its release, it landed at 42 on the iTunes Reggae chart," Tifa said.

To get the promotional ball rolling, a music video will be done for the song.

"The video definitely has to be done, and soon, too. The people are crying for it," Tifa said.

Other songs bubbling for Tifa include Good ('Lifespan' rhythm) and Come Offa Me Name, produced by Fed Da Weight Productions.