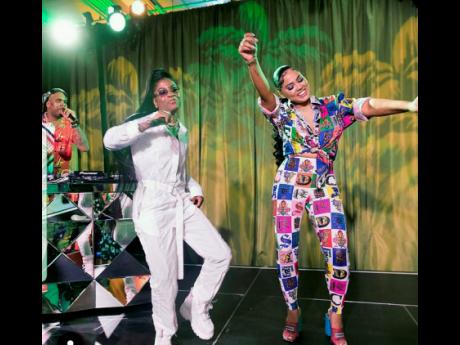 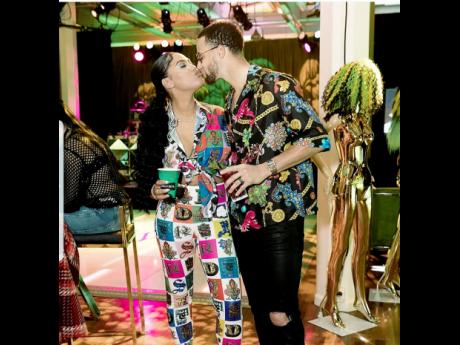 Ayesha Curry and her husband Steph share a kiss at her Jamaican themed surprise birthday party. 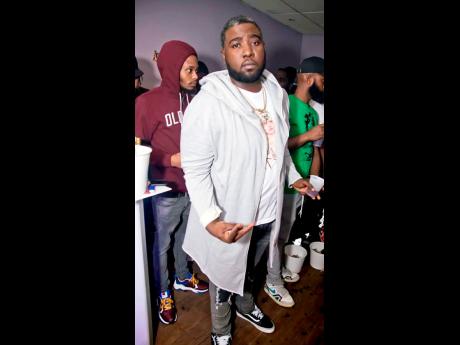 In 2016, she captured the hearts of Jamaicans with her grasp of the dialect. Today, Ayesha Curry may have earned her Jamaican citizenship after a Jamaican -themed birthday party. In videos now circulating on social media, Stephen and Ayesha Curry can be seen gyrating to music from Konshens, Hood Celebrityy (who both performed live), Wayne Wonder, Chaka Demus and Pliers and Vybz Kartel as they celebrated Ayesha's 30th birthday. Ayesha Curry, though born in Canada is of Jamaican descent as her mother is half-Jamaican.

The party which was a surprise bash thrown for her by her NBA beau, saw him pulling out all the stops to ensure the 'island vibes' was authentic. Aside from the live performances, the party featured a three-tiered birthday cake covered in the Jamaican black, green and gold, cups with patois slangs such as 'gwaan buil' and 'tek time,' as well as a deejay/selector with Jamaican roots.

DJ Starr, brought the dancehall vibes to the Curry's and their celebrity guests, which included; actresses Gabriel Union, Tamera Mowry and Jessica Alba as well as a host of NBA players. The STAR caught up with the selector, who said he was shocked at the amount of love the Currys had for dancehall music.

"It was a vibe. I got the link through Konshens, because I am his tour deejay as well as Beenie Man's. They (the Curry's) linked us to perform, and I never really know dem like reggae and dancehall music so much. But when me reach and me see the energy in the building and everybody inna dem Jamaican colours, it felt good.

Who nuh have flag, have on a shirt, and me say 'Eeh issa different type a party'," he said. "Me did a warm up to the crowd, so me play some juggling music just to see who know music, and how far me can go, and trust me, when me see Ayesha and Steph a 'bruk out' pan the dance floor like say dem listen to dancehall everyday, all day, me say 'Yea, dancehall music definitely going a far way'."

DJ Starr said the party proves that dancehall music has a global appeal, and should be promoted and not stifled. "It was a great experience. I felt good to know that as a deejay, I can play some songs for those types of people and they react to it and dem know the songs. Seeing Gabriel Union and Steph Curry and Ayesha sing the songs word for word, it was a joy. When you see those people that you never even think listen to dancehall and reggae, it makes you feel great," he said. "I think Jamaica needs to remind themselves of how important their dancehall and reggae culture is. This event brought awareness to dancehall music, so Jamaica needs to lock back into their heritage and promote dancehall more, because it can take us far. If we never go out deh and play the song dem, the people woulda never know say Steph and Ayesha Curry dance to dancehall music."

Aside from performances from Konshens (who delivered Bruk Off Yuh Back) and Hood Celebrityy ( Walking Trophy), dancehall was also represented with the Queen of Dancehall - Spice, who was unable to make the event. She sent her birthday greetings via a video message, which incuded a short acapella performance of So Me Like It.