T’Jean will not be silenced on militant mission 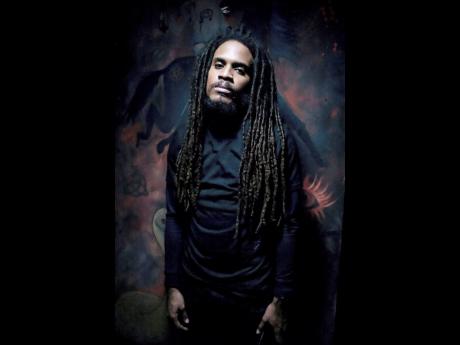 From Martin Luther King Jr and Nelson Mandela to even Jamaica's very own Marcus Garvey and Bob Marley, bold figures throughout history have played their part in advocating for 'truths and rights'. Producer-turned-singer T'Jean has embarked on his own advocacy trail, rallying for righteousness and salvation in his music. But, it is not revival reggae or gospel music. In fact, it is nothing close to what you are used to hearing.

T'Jean's delivery is unapologetically militant, and he uses Bible scriptures as a background for his message.

"The amount of warnings me get bout this music weh I'm doing. Righteousness is no longer a part of the mainstream, especially in Jamaica, it is more in Europe," T'Jean told THE STAR.

"If yuh sing a gun song or something that's slack, it tek off at 100 miles per hour. Whereas something that seems more conscious that might need a little more thought, moves much slower. A man would rather you sing a gun song and feel better, than you sing something weh sound like you a bun too much fire. I'm not doing anything different from what the elders were doing before the thing get stifled down."

T'Jean compared his mission to a charity, noting that reggae music has shifted from its original purpose.

"In Bob Marley days, reggae music was more mission-based, everybody would come together to bring in that revolutionary type of sound," he said. "Now, it is far from spiritual upliftment. It is more commercial. Using social commentary or singing about politicians doesn't save a soul. What I'm doing has become totally dormant. People fraid fi even work wid me, and some people don't know how to approach me. So, it's a risk singing this type of music, but it is for a worthy cause."

A staple figure at Grafton Studios, T'Jean started producing more than a decade ago and is a co-founder of UIM Records. He is behind several works in the revival reggae movement, including Prayer by Chronixx and Fly Di Gate by Tarrus Riley, featuring Kabaka Pyramid and Kelissa.

He started his recording career two years ago and has a track record of releasing one song every three weeks since January. He has no plans of slowing down.

"A whole heap of songs deh deh fi come. It may get overwhelming. The only thing me will sing that may seem different would be a song for the empress dem, to uplift them. But me nuh ready fi go da route deh, cause me no want the people get distracted and nuh sure a weh me a deal with," he told THE STAR.