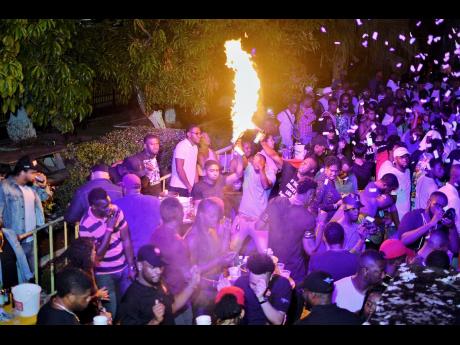 It was revealed that on instruction by the Jamaica Constabulary Force, the highly anticipated 6ix is Real concert was denied permits for festivities to be held at Sabina Park on the weekend.

The reason given was that areas in and around Sabina Park have been experiencing an upsurge in violence.

East, originally scheduled for the following day, Saturday, March 30, at the same venue, was also postponed.

But when THE STAR reached out to East promoters, they said that their event was delayed for another reason.

According to promoter Alessandro Boyd, the postponement was pre-determined, based on the number of competing events taking place at the same time.

"We were thinking about it for awhile, because there were a lot of events happening that weekend - including after-Champs parties," Boyd said.

While acknowledging the reasons reported for 6ix is Real's postponement, Boyd asserts that East's shifting timetable was an internal decision.

"We saw the article about the concert, but there's no relation here. We never heard anything about that," he continued.

Last week, Superintendent Robert Gordon explained that permits for the weekend were denied because the police would be unable to adequately police the area.

"Based on the numbers that they (promoters) have indicated they would have attending those parties, we could not sufficiently provide the type of security required for both the event itself and the environs. "We have been having an upsurge in violence within the environs in which Sabina falls, and based on that, we are policing those areas. Out of caution, we have indicated that until normalcy returns to the general locals, we would not be permitting any event to be held at Sabina Park," Gordon said.

Now, East is scheduled to take place on Friday, April 5. The date change seems favourable for the East team, as they have managed to expand the event's roster with selector Bishop Escobar.

"We also have a couple artistes," Boyd revealed, though tight-lipped on who exactly will be passing through.