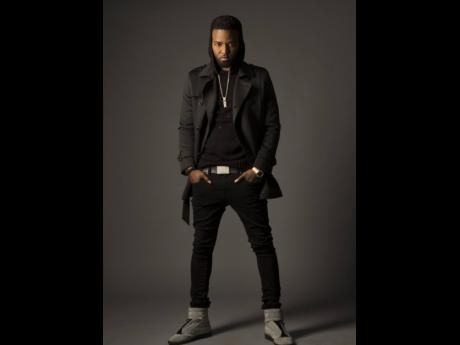 Konshens is now the only Jamaican artiste outside of Sean Paul and the Marleys to attain more than 160 million views for a music video on YouTube. The feat is attributed to his 2016 hit single ' Bruk Off Yuh Back', which he describes as his most successful record to date.

"I have different songs that are huge in different markets and opened up markets for me globally, but this song is surely one that has connected in every market globally," Konshens told THE STAR.

Produced by Birchill Records, Bruk Off Yuh Back was not only a song favourite of 2016 but has secured its spot on every disc jock's playlist of millennium dancehall classics.

The music video has been viewed more times than other dancehall videos like Spice's So Mi Like It, Charly Blacks' Gyal You A Party Animal and Gyptian's Wine Slow, which have all attracted just more than 80 million views.

Konshens described the milestone as great but added that he does not actively monitor the growing popularity of the Dameon Gayle-directed video.

Bruk Off Yuh Back was a remixed by international star Chris Brown in 2017, and Konshens said that the collaboration helped to expand his brand in the United States.

"It put my name in certain conversations and on certain scenes that it was not in before. As for the song, I would say it peaked before Chris added his verse," he said.

Pleased with the direction of his brand, Konshens is gearing up for the North American and Canadian legs of his RAW tour, which kicks off on April 5 in Connecticut. Named after his 2018 mixtape, the tour is slated to run until June.

"I think I only get a break to come to Jamaica carnival, hopefully, then I have stops in Costa Rica, Israel, Belgium, Belize and some other unconfirmed spots," he said. "I'm also trying desperately to finalise a tour of Africa. I really want to go. Overall, it'll be a great summer. Nuff big bombs to drop, nuff new moves and new works - music nice," he said.